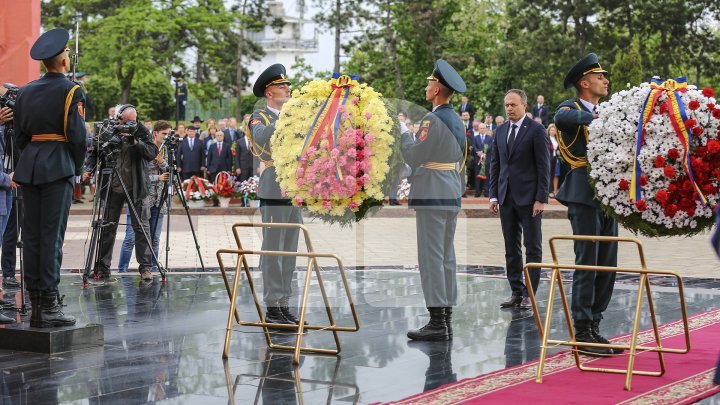 Victory Day has been celebrated throughout the country. People took part in rallies and paid tributes to fallen soldiers and victims in the bloody war.

"Victory Day means the happiness but also sadness because I lost my uncle in the war", said a participant.

"We followed the call and fought for the peace", said a veteran.

The authority also set up a concert for this evening.