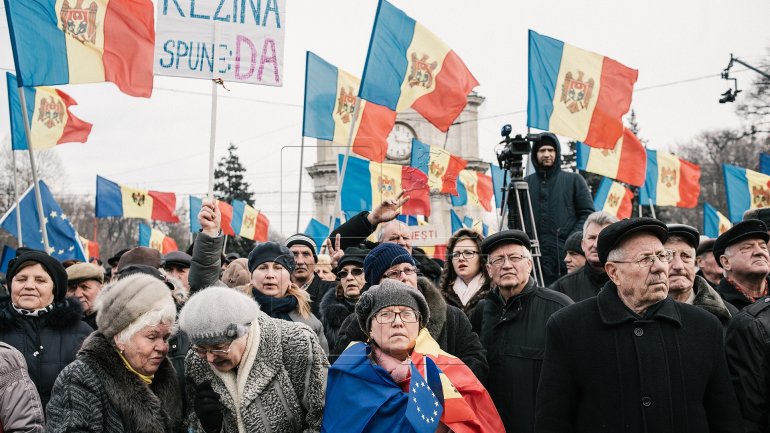 On January 24, 2016, the leaders of the opposition parties -- PSRM, the DA Platform and Partidul Nostru, together with NGO activists as Oazu Nantoi, Anatol Țăranu, Valeriu Pașa, Vasile Năstase, etc., asked, “with the awaken people of the Republic of Moldova” for electing the law-makers by uninominal voting.

More than a year ago, they had asked for uninominal system parliamentary elections, but they stand up against it now. They are members of the Dignity and Truth (DA) Platform, behind which the Ţopa fugitive gangsters are.

At that meeting they even voted so that every citizen was able to elect and fire the parliamentarian from his / her constituency .

"The people shall elect not just the President, but all the MPs must be elected in constituencies. If they get there and forget the people, let's dismiss them and appoint others instead. Who is for it?" stated the activist Valeriu Pașa, being backed by the majority of protesters.

PUBLIKA.MD reminds that the electoral system is likely to be modified, as the Democratic Party has started the transition to the uninominal voting system for the Parliamentary Elections.

The PDM also wants the citizens to be able to withdraw the mandate of an MP in case he falls short of his promises.

Moreover, the Democrats propose that the Moldovans from abroad (diaspora) have their own legislators.

Watch video in Romanian at Publika.md.