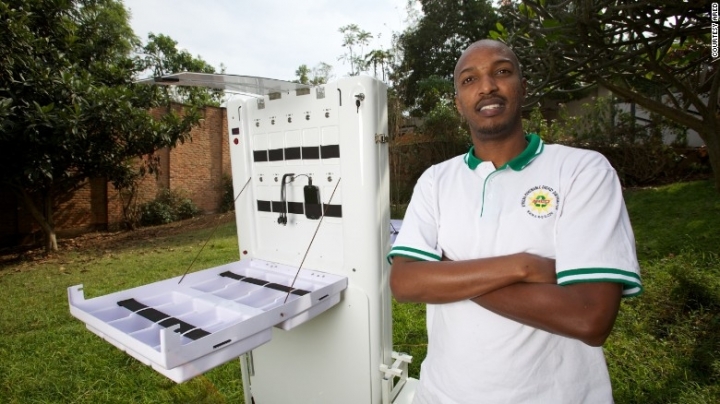 Born to refugee parents from Rwanda, he grew up in Burundi until civil war again forced the family to move on. Relocating to the US, Nyakarundi studied computer science at Georgia State University and by 19 had founded his first start up.
It has received numerous energy innovation awards and grants from the likes of Microsoft.

There are currently 25 kiosks operating in Rwanda, many in rural areas where the population is dependent on cell phones to communicate and send money.

But after four years of carefully testing his business model, Nyakarundi said he is now ready to seriously scale up. He plans to have between 600 and 800 kiosks in place by the next two years.

To run them, Nyakarundi says he looks for people who desperately lack employment opportunities.