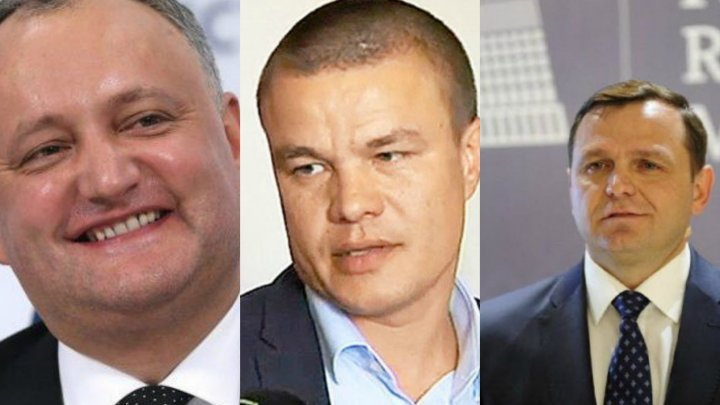 Dossier for usurpation of state power stirred up reactions in society. Many people voice concerns about this political dossier. Publika.md informs in detail events leading to this dossier.

June 18, 2019: At the Parliament meeting, Deputy PM and Internal Minister Andrei Nastase showed off in front of deputies that he requested general prosecutor a lawsuit on usurpation of state power. Nastase acknowledged that Prosecution is an independent institution.

July 25, 2019: Former interim general prosecutor Igor Popa refused to initiate the dossier due to lack of evidence. According to a press release, a refusal order was issued in the commencement of the criminal prosecution on the grounds that there is no crime of "usurpation of state power".

This let Andrei Nastase down. On the same day, PPDA leader wrote on Facebook that "I warn this Popa that the Parliament Decision on the captivity of the state is in force and that at the level of the governing coalition we will take firm measures for the purpose of this decision."

July 30, 2019: Dumitru Robu, the prosecutor who instrumented the file of paid parking in which the liberal Dorin Chirtoaca is targeted, was appointed interim general prosecutor by the Parliament, and the next day Igor Dodon signed the decree appointing him to the position.

After appointing Dumitru Robu as interim prosecutor general, a press release appeared on the website of the Presidency stating that the society expects conclusive results regarding the investigation of bank fraud, the usurpation of power in the state, the conspiracy of corruption schemes and the taking of responsibility. In addition, on the day Dodon introduced Robu to the group, the head of state did not shy away from giving directions to the press in front of the press.

August 5, 2019: The General Prosecution started prosecuting the state power usurpation, announced the institution through a press-communicate.

'The General Prosecutor Dumitru Robu initiated today the lawsuit for the state power usurpation in the June 7 to June 14 2019 period, by the previous governance of the Republic of Moldova.

The order issued by the former interim Prosecutor General Igor Popa has been concluded to contain factual and legal errors, therefore it has been voided.

The prosecution will be exerted by a group of prosecutors, prosecuting officers and investigation officers and the Prosecution', quoted the press release.

Interior Minister Andrei Năstase said he was pleased that Robu from the Prosecutor's Office followed his instructions. Specifically, Nastase wrote on Facebook that his determination was bearing fruit and that the new interim General Prosecutor had just complied with his request.