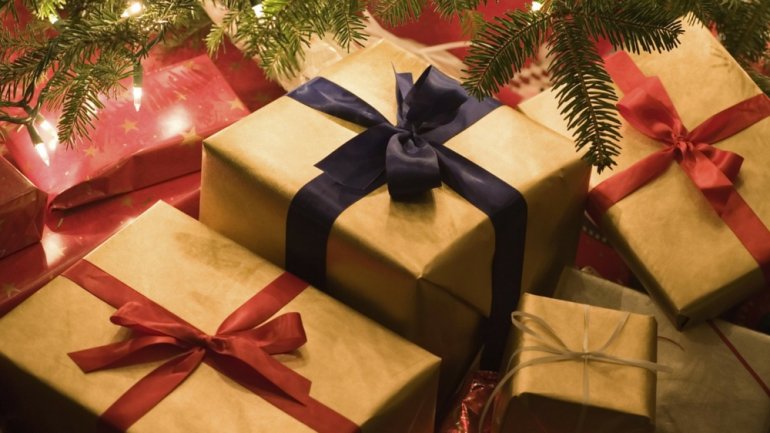 Parents and six children, who live modestly in the village Chircaiesti, received several gifts from the representatives of Vlad Plahotniuc's Edelweiss Foundation.

Santa Claus, who did not come so far in Catano family home, brought sweets to little ones and a Christmas tree which they decorated together.

The smallest member of the family Catanoi is only two months, and the support for parents are the twins aged 11. The little ones were incredibly happy that Santa Claus has arrived in their home.

Delighted by gifts received, the children have rewarded the messengers of Santa with poems.

The family lives only on the father's salary, so parents can not afford to spoil six children with gifts.

"We receive the money, first we buy for animals, birds, cow, I don't have land, I have nothing, only this house. From what remains we buy products, we pay for gas, light, kindergarten. They never had something like this."

Anxious, the children unpacked the gifts received from the Edelweiss Foundation.

"Santa Claus is good-hearted. I got today checkers, a backpack and gifts."

"I'll play checkers. - What did you like? - Candy, the backpack"

The campaign "House Full of Christmas" will take place during December. Over 300 children from several families will receive gifts from the Edelweiss Foundation, which annually on the eve of the winter holidays, are organizing social campaigns to support children from orphanages and needy families.