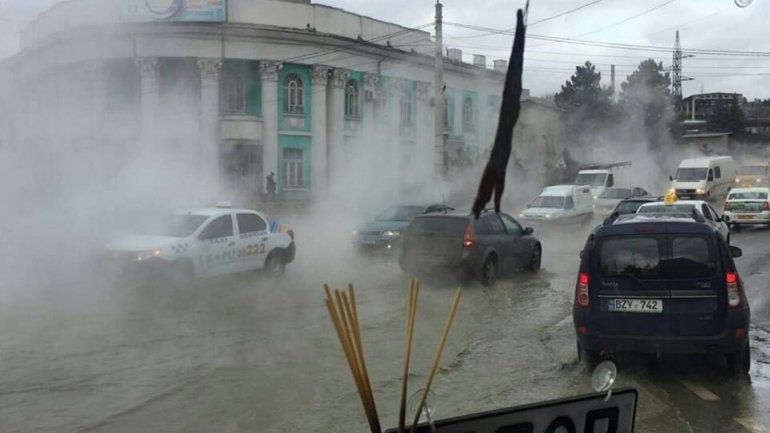 A major damage in the heating network is causing issues for those from Termoelectrica S.A, after an important CET 2 pipe, which connected the main sectors from the Capital, cracked. According to representative from Termoelectrica, the incident took place due to the pipe being rather old, while many apartment blocks risk to be disconnected from heating, wrote today.md.

Specialists from the institution have arrived on site and will replace the damaged pipe.

On social networks were posted multiple images from the streets, showing how Vadul lui Voda Street, located near the CET 2 pipe, was completely flooded with hot water, which was supposed to heat apartments.

The region is covered in steam, causing trouble for drivers passing the street.