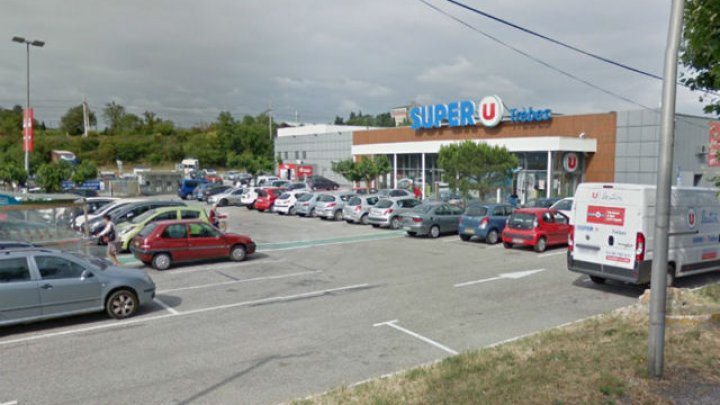 A police operation was underway near the historic town of Carcassonne in southern France on Friday after a gunman opened fire and took hostages at a supermarket. A policeman was also shot and wounded near the town in what may be a linked incident, wrote thelocal.fr.

A gunman claiming allegiance to the Islamic State group fired shots and took hostages at a supermarket in southwestern France on Friday.

Security forces were responding to two separate incidents, one at a supermarket in the town of Trebes and the second, a 15-minute drive away, in the town of Carcassonne where a policeman was shot.

It was unclear if the two incidents were linked.

In Trebes, the man "entered the Super U supermarket at around 11.15 am and shots were heard," a security source told AFP on condition of anonymity.

The gunman claimed allegiance to the Islamic State group, the local prosecutor's office said. According to French newspaper Le Depeche du Midi, the gunman was about 30-years-old, was armed with one or more grenades and spoke of wanting to "avenge Syria".

AFP reported that one or two people had been injured in the shooting in the supermarket and there were unconfirmed reports in French media that one person had died.

According to numerous reports the gunman shouted "Allahu Akbar" as he opened fire. Specialist counter-terrorist prosecutors in Paris have opened an investigation meaning they are treating the incident as a terror attack.

Specialist French SWAT police were on the scene at the supermarket and had surrounded the building.

"One witness named Karim, 55, told France info radio: "I heard shots fired around 11:10am. At that moment there were only a few gendarmes (military police) around but now there are between 200 to 300.

"The whole area is in lockdown and we are going to be moved away by the gendarmes."

Another witness who worked at a nearby garage said: "There are gendarmes in front of the supermarket. We are locked in the garage with around 50 people. We are waiting."

Local authorities tweeted that the area was out-of-bounds to the public.

According to reports the policeman who was shot in Carcassonne was part of a group of unarmed CRS police based in Marseille who were jogging at the time they were targetted by a gunman. It is believed the gunman initially tried to run them over in a vehicle before opening fire.

"They threw themselves to the floor but one of them was hit in the shoulder," a source told France Info radio.

If the link to Islamic State is confirmed, the attack would be the first major incident since the election of centrist President Emmanuel Macron in May last year.

A state of emergency put in place just after the Paris attacks was finally lifted in October last year, but soldiers continue to patrol major tourist sites and transport hubs under an anti-terror mission.