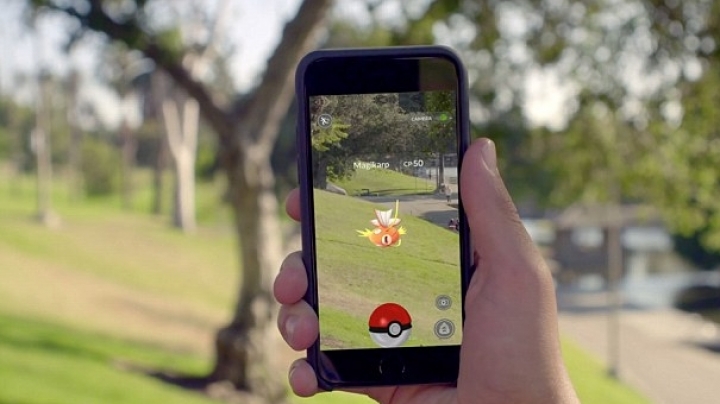 A hospital has been forced to ban Pokemon Go players from the site after a monster hub was found in the A&E department, reports Daily Mail.

Royal Stoke University Hospital discovered that its casualty unit is on the same spot as a Pokemon Go ‘gym’ – where players can train their newly caught Nintendo creatures.

The University Hospitals of North Midlands Trust agreed last week that patients can play Pokemon Go on wards because walking around is healthy. But the trust has been forced to post a warning on its website about public access to A&E.

It said if Pokemon Go becomes a major nuisance it would ask Nintendo - which decides on the locations of the virtual gyms according using GPS - to have it removed from the premises.

Kevin Parker, associate chief nurse, said: ‘Members of the public who do not need to be at Royal Stoke should not attempt to enter A&E or any other part of the hospital building to play the game. The A&E department is incredibly busy this summer.

‘We want the public to understand that anybody who visits the hospital solely to play the game will provide an unwanted distraction to the important work of the hospital. I’m also aware of various reports in the media of unsafe areas that the game has been played in.

Michelle Harris, the trust’s sustainability manager, said the game could still be played by those already in hospital.

There have been several warnings about the game since its UK release.

Last week a group of teenagers in Wiltshire were left stranded almost 100ft underground after they got carried away searching for Pokemon Go characters.

The four boys, aged 16 and 17, ended up getting lost and had to wait to get a phone signal before they could call for help.

Eventually, they contacted Dorset and Wiltshire Fire and Rescue team, who took them to safety. Damien Bence, of the fire and rescue team, said: ‘Pokemon Go is obviously leading people into dangerous situations.’

Three students were also robbed of their phones as they played Pokemon GO in Manchester, after the suspects used a ‘beacon’ to encourage other players to head to a specific venue.

After that incident, Detective Superintendent Joanne Rawlinson, from Greater Manchester Police's public protection division, urged players to be cautious about alerting strangers to their locations.

A player also sparked outrage after she called 999 to tell police that someone had stolen one of her virtual monsters.

The gaming fan decided to contact officers at Gloucestershire Police on the emergency number while using the app the day after its UK launch.

In an audio clip recording of the conversation the woman says: 'Someone has stolen my Pokemon!' to which the operator replies: 'Right, so why is that a 999 call?'

The woman says: 'Because that's really bad,' and appears to try arguing before the operator cuts her off and replies: 'You do realise you're stopping someone with a life and death emergency about a pokemon?'

The force say they gave the player 'words of advice' on when it is appropriate to call 999.

Concerns have also been expressed about the safety of children playing Pokemon Go.

Lancashire Police have issued a warning to youngsters, offering tips to ensure youngsters playing the game were 'as safe as possible'.

And, last week, chief executive Peter Wanless said there had been 'troubling reports' of children being thrown into 'dangerous situations'.

He added his concern that the game would 'pose a danger to young people' because the basic safety standards - which creators have a 'weighty responsibility' to enforce - may have been 'overlooked'.

Pokemon Go is based on users searching for digital characters in real-life locations such as a living room, back gardens, supermarkets, police stations and schools.

Fans - known as Poketrainers - will start with either Bulbasaur, Charmeleon or Pikachu as their main monster, before walking around the real world and chasing the virtual characters as they appear in different locations on their phone screens.

The creatures hide in locations suited to their species.

A water species such as a 'magicarp' or 'squirtle' will likely be found in locations where there is real water around, while others might hide in grass or in the air.

As users move around the virtual map their smartphone will vibrate to let them know when a Pokémon is nearby.

Gamers can then throw a 'PokeBall' at it in an attempt to capture the Pokémon and add it to their collection.

After players capture the creatures, they can then train their Pokemon on their phones and 'battle' them against other creatures at 'gyms'.

They can all stop at different real-life local landmarks known as 'PokeStops', which is where most Pokemon appear and where players can stock up on PokeBalls.

The Pokémon Company is a media franchise which was created in 1995 centered on fictional creatures called Pokémon, which humans – known as Pokémon trainers – can catch and train to battle each other for sport.

It was originally a popular Japanese cartoon and card-based game.

A video game launched 20 years ago for Nintendo Game Boy was the first of the franchise.