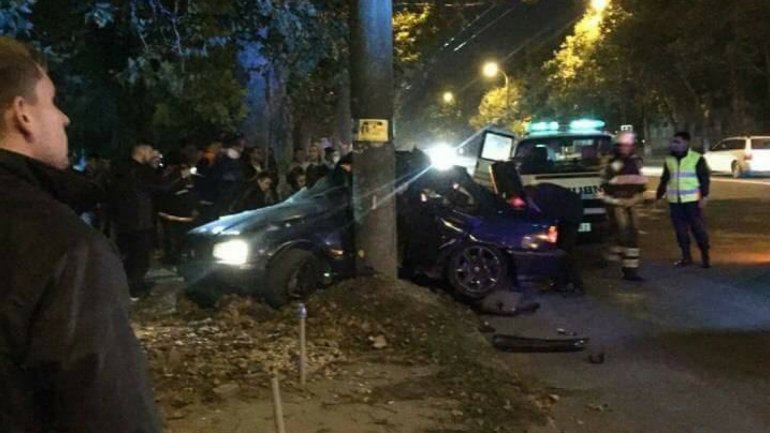 Three youngsters were hospitalized after their car hit the electric pillar on Calea Ieșilor street of Buiucani sector (Chisinau).

Police declared the cause of accident was exceeded speed.

One of the victims' friend, however, blamed on another reason.

"The road was so bad that the accident could be prevented".

The most injured was the car driver. There were three ambulances and a rescue team on the scene.

"The 31-year-old driver was stuck in the car, the rescuers had to to extricate the man. He was seriously transported to the Emergency Hospital, "said DSE news officer Liliana Puşcaşu.

The driver risks a penal case.

The penalty will be set according to the injuries caused to the two passengers.

"We will determine the cause of this accident and the punishment will be applied", said investigator Iulian Chiţanu.

A driver hit another car's back at the traffic light. After the impact, the second car was thrown into a third car.

The guilty driver will be chosen with a fine of 1,500 lei and six penalty points.