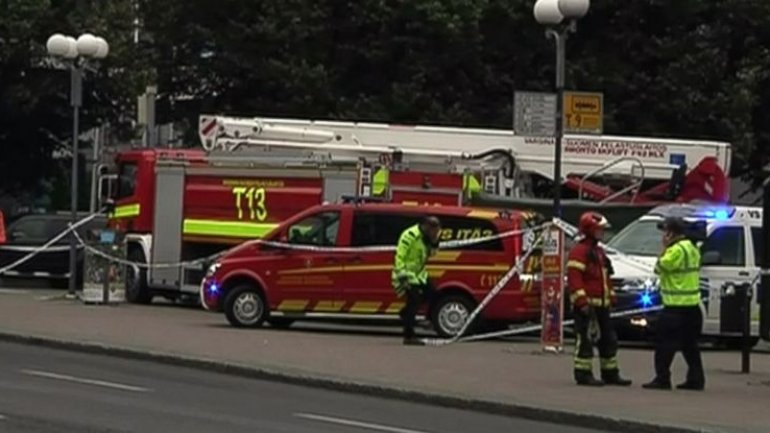 Police in Finland have shot and arrested a suspect after several people were stabbed in the city of Turku.

The suspect was shot in the leg after the stabbings, said police, who have warned the public to move away from the city center.
Police said on Twitter they were searching for more possible perpetrators in Turku.
Kent Svensson, 44, from Sweden who was in Turku said he witnessed a man with "a huge white knife" running and stabbing people in his path.
"It was really horrible. We were sitting on a terrace just next to the square and this woman just screamed like hell and this guy was standing in front of her with a huge knife just stabbing people," he said.
"There was blood everywhere," he said, adding that he saw a victim lying on the ground.
Finnish police in the Eastern Uusimaa region on Twitter warned citizens to be on alert near the Helsinki-Vantaan airport and train stations.
An image broadcast by state-run YLE shows a small crowd around someone apparently bleeding on a cobblestone road.
Turku lies around 140 kilometers (around 85 miles) west of the capital, Helsinki.
Read more CNN
AFLĂ imediat Știrile Publika.MD. Intră pe Telegram