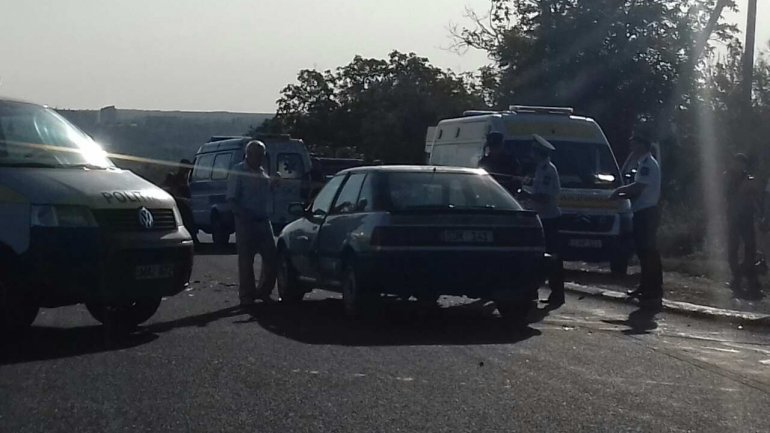 This morning,  not far from Sociteni, three car collided violently on the Chişinău-Ialoveni road. As a result three people were injured. The accident was caused by one of the drivers, who entered a crossroad without making sure that it was safe. Firefighters came to the sight and washed away the remnants of fuel, left by the vehicles.

"It was established that a Vaz car didn't give way for a Dacia taxi, which resulted in the accident" Igor Iovu, deputy head of Ialoveni Inspectorate declared.

It was also revealed that along with the driver, there were three passenger in the car, one of them being only 16-year-old. The car's driver ended up with a fractured leg and was taken to the hospital.

The other passengers were also admitted for various injuries, but luckily the minor came out without a scratch.

"A bus appeared in front of me. So without taking in consideration any other car I slowed down.  Once it passed I went once again right when the Zhiguli car came from a side and there was no way to dodge" said, remembering with horror, the taxi driver.

The three passengers form the taxi were lightly injured.

"Of course we got scared, despite the car going slowly and carefully, once that car appeared out of nowhere, the driver, in an attempt to save us exited on a crossroad and collided with another car" one of the eye-witnesses said.

After the accident on the Chişinău-Hânceşti roads a few km long traffic was created.

After establishing all the circumstances under which the accident took place, the police will decide whether a case will be opened.