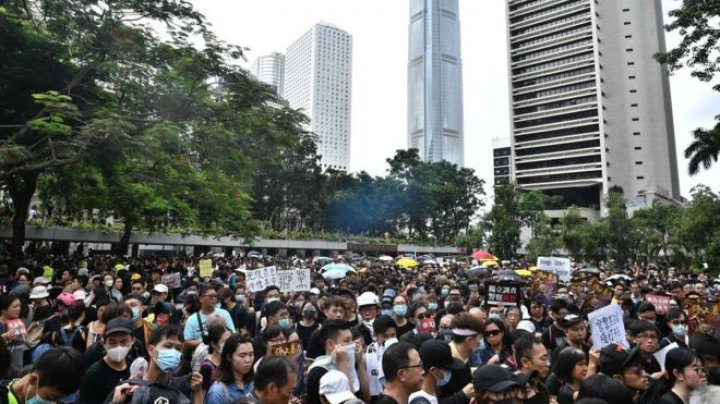 Thousands of protesters in Hong Kong have taken to the streets, blocking major roads and defying a police ban.

Police had given permission for a rally in Chater Garden, but warned that protests outside the park were illegal, writes BBC.

On Saturday, police fired tear gas and rubber bullets at another pro-democracy protest in Yuen Long, in the north.

It is ranked as one of the safest cities in the world - but recent protests have been followed by violent clashes between demonstrators, police, and masked men wielding sticks.

The demonstrations were sparked by a controversial bill that would have enabled extraditions to mainland China. Critics said this could be used to persecute political activists in Hong Kong.

The government has since halted the legislation but protesters have demanded its complete withdrawal, as well as an inquiry into police violence, and democratic reform.

They also want the territory's leader Carrie Lam to resign.