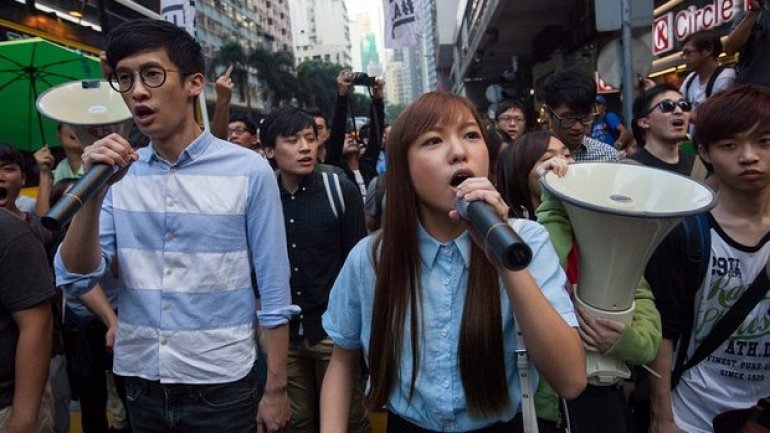 One week after Beijing issued a highly unusual ruling designed to stop the newly elected politicians taking office, the court on Tuesday told Yau Wai-ching, 25, and Baggio “Sixtus” Leung, 30, that they had been disqualified from their positions.

Judge Thomas Au ruled that the pair, who launched a dramatic anti-China protest during their swearing-in ceremony last month, had not “faithfully and truthfully” declared allegiance to China’s special autonomous region.

During that ceremony, Yau and Leung, who have both called for a complete split with mainland China, altered the text of their oaths, declaring allegiance to the “Hong Kong nation”. They also unfurled banners that said “Hong Kong is not China” and used an expletive to refer to China.

The protest enraged officials in Beijing and led Hong Kong’s chief executive to launch an unprecedented legal challenge, seeking to remove the pair from office. Yau had previously said she would appeal against the ruling if she was disqualified.
AFLĂ imediat Știrile Publika.MD. Intră pe Telegram