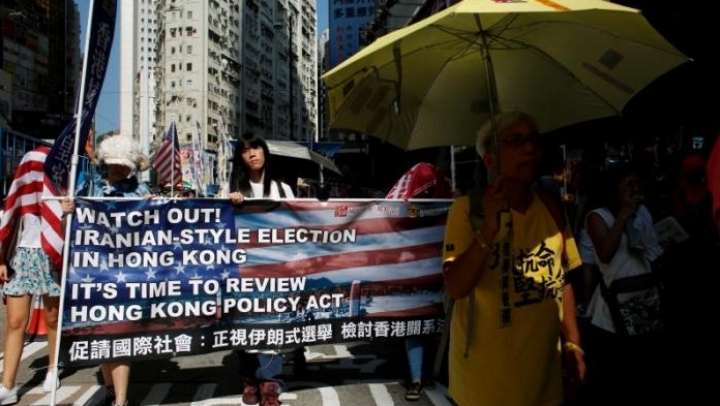 Hundreds of protesters rallied on Sunday against Hong Kong's disqualification of six candidates from legislative elections, the latest outpouring of anger at a perceived tightening grip on the city's freedoms by China.

The former British colony was handed back to China in 1997 under an agreement that gave ultimate control to Communist Party rulers in Beijing while promising Hong Kong a high degree of autonomy.

But Beijing's refusal to grant full democracy, which prompted widespread street protests in 2014, has triggered tension with growing calls for Hong Kong to split from China.

"Against the political filtering (of candidates), give us a fair election," chanted the demonstrators in sweltering heat of 32 degree Celsius (90 degrees Fahrenheit).

Police estimates put the number of demonstrators at 760, while organizers said 1,300 took part.

The government took the controversial decision to invalidate six candidates’ nominations on the grounds that they could be advocating for Hong Kong independence, an idea anathema to Beijing. But only three of the six showed up on Sunday.