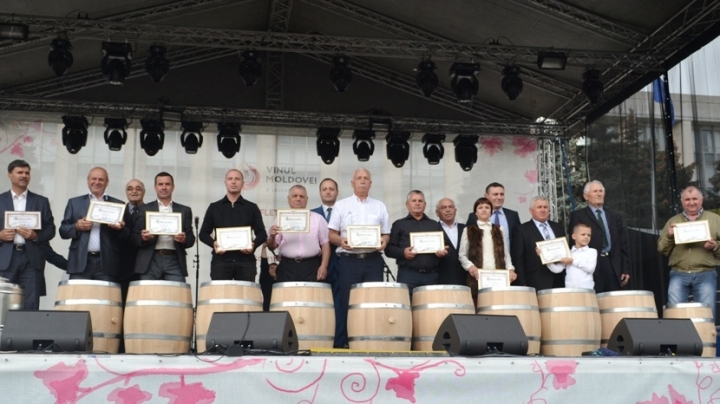 Top producers of homemade wine were gifted a oak barrel today at the "Golden Barrel 2016' contest during the National Wine Day.

Out of a hundred varieties of homemade wines, ten most tasty were selected.

Autumn is the season where Ion Nicolenco Causeni demonstrates his skills, which he inherited from parents in winemaking. To get a quality liquor, he selects the best grape varieties.

The householder says that a good homemade wine can only be achieved when you are ready to commit to this process.

Every morning Ion Nicolenco taste the wine to be sure that nothing goes wrong.

Landowner efforts were appreciated at the highest worth in the "Golden Barrel" contest.

"More and more manufacturers from home addresses every year. The quality of the wine is better, which praised the jury. In this year we had two special awards", said President of the Chamber of Trade and Industry, Sergiu Harea.

The "Golden Barrel" contest is in its fifteenth edition.