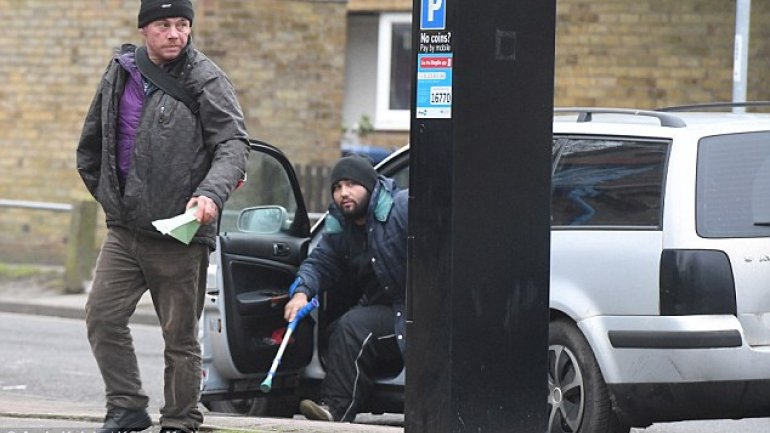 Clutching a child’s crutch in one hand and desperately proffering the other, he looks a hopeless case well deserving of charity.

But what the kind-hearted locals handing him their loose change probably don’t know is that hours before this man was spotted the centre of Cambridge, he had driven into the city, fed a parking meter with eight hours’ worth of coins and walked a mile to the site of his begging, DailyMail.co.uk reports.

Two other beggars also travelled with him in the Volkswagon Passat estate on Saturday morning.

The group walked together to the outskirts of Cambridge’s shopping arcades, before separating to avoid working the same areas.

They left their left-hand drive car - which bears Romanian licence plates - in a residential road and did not bother to remove their Sat Nav device from its charging cradle on the dashboard.

The parking ticket displayed in the window showed that they had paid for the maximum allowed eight hours, from 9am to 5pm.

When confronted on whether he was homeless, the man claimed that he was Italian and added ‘I do not speak English’.

Questioned further, he confirmed that he had driven into the city that day, but his disability did not prevent him from using a car.

Locals reacted with shock and disgust at the revelations that the trio had been feigning homelessness, but said that they were known to operate regularly in the city.