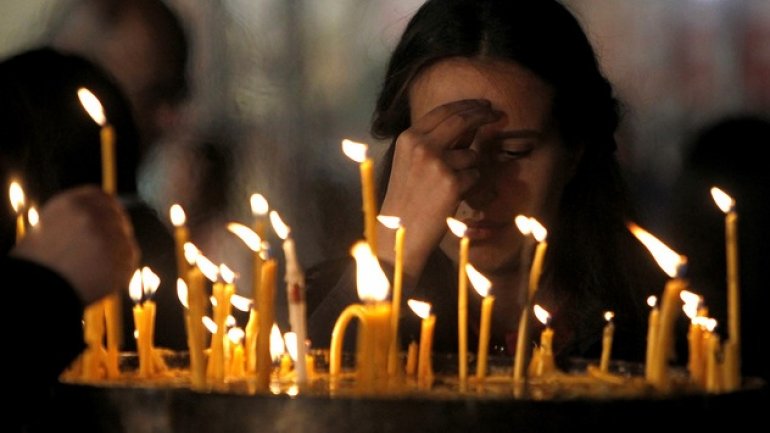 Metropolitan Vladimir of Chisinau and All Moldova said to journalists that the Holy Fire will be brought to Chisinau on Saturday, April 15th, according to Infotag.

According to him, on Thursday before Easter, the Moldovan Metropolitan Church delegation will travel to Jerusalem to the Church of the Holy Sepulchre to take the Holy Fire.

The Metropolitan Vladimir said to journalists that the delegation, headed by him, consists of 10 people, including President Igor Dodon. Head of the Moldovan Church said that the Holy Fire will be brought to Moldova by a simple flight Tel-Aviv – Chisinau, while all the expenditures will be covered by the Metropolitan Church.

On Saturday evening, on the eve of Easter, the Holy Fire will be brought to the Chisinau Cathedral. It will be distributed to priests and ordinary citizens, who will spread it across the country. The Easter is celebrated on April 16 this year.