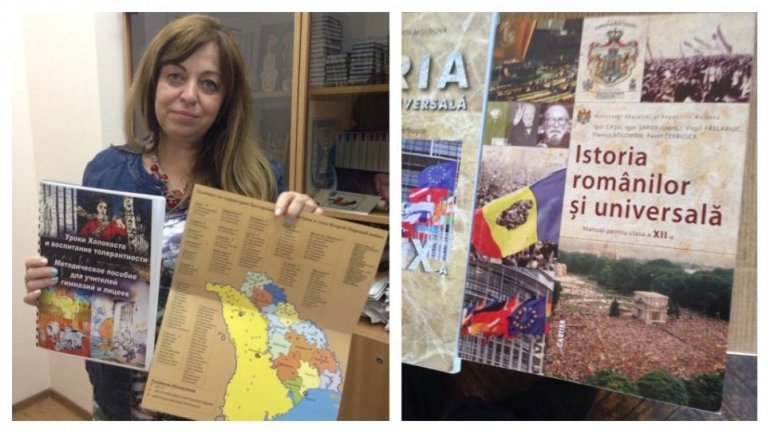 CHISINAU, Moldova — In a Moldovan secondary school history textbook, seven pages are devoted to the crimes of communist leader Joseph Stalin — an entire chapter with numerous photos illustrating the horrors of the gulag.

The Holocaust, on the other hand, gets a page and a half in the chapter on World War II, right after the section entitled “The Liberation of Bessarabia,” which covers the occupation of Moldova by Romanian fascists. During that time, the dictatorship deported to concentration camps about 10 percent of the country’s population — including more than 110,000 Jews and approximately 25,000 Gypsies. Less than half returned.

But Holocaust education in Moldova is about to improve. Earlier this month, the country’s Ministry of Education signed an agreement of cooperation with the Jewish community, committing to teach the Holocaust “as the ultimate form of genocide.” The July 14 agreement also stipulates that the Ministry of Education will develop new training programs for educators to help them address this difficult subject in school.

“Taking into account the increase in cases of vandalism at Moldova’s Jewish cemeteries in recent years, we cannot underscore the importance of educating the young generation in the spirit of tolerance, mutual respect, fairness and social unity in order to prevent and fight anti-Semitism, xenophobia and extremism,” said Alexandr Bilinkis, the Jewish community’s president and signatory to the agreement.

In addition to special training for history teachers, the Jewish community would like Moldovan schools to organize competitions for the best research papers on the Holocaust and to offer field trips to places connected to the Holocaust, said Elena Tsurcan, the manager at the Jewish Community of Moldova. The Jewish community would like all the schools in the country to observe International Holocaust Remembrance Day on January 27, a commemoration which was officially adopted by the Moldovan government in 2015.

“We really hope there will be research paper competitions that will allow students to study the Holocaust right here in Moldova, so that, for example, in Balti they could research more about what happened in the north of Moldova,” Tsurcan said. “Also we want more days dedicated to the Holocaust [in the curriculum], so that it’s not only on January 27.”