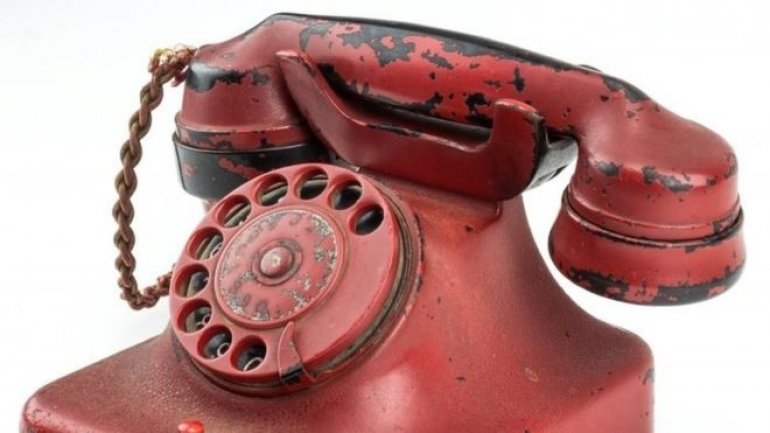 The identity of the buyer, who bid by phone, has not been revealed. The bidding in Chesapeake City, Maryland, started at $100,000.

The red phone, which has the Nazi leader's name engraved on it, was found in his Berlin bunker in 1945.

The phone was sold by auction house Alexander Historical Auctions.

Auction house officials said the phone was a "weapon of mass destruction", as it was used by Hitler to give orders that took many lives during the war.

A porcelain figure of an Alsatian dog, also owned by Hitler, fetched $24,300. It was bought by a different bidder.