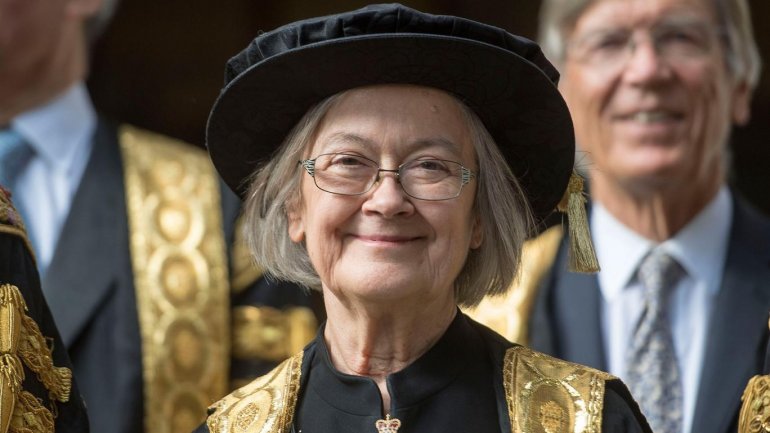 The first female president of the Supreme Court has hailed a “historic day” while being sworn in as the UK’s most senior judge.

Baroness Hale of Richmond pledged to “do right to all manner of people” while saying her oaths, which were met with applause from fellow judges, international visitors and family and friends.

Donning ceremonial robes, Lady Hale said it was a “historic day for the court”, which she played a key part in founding in 2009.

Lord Mance, who was sworn in as her deputy, said the appointment was a “first in many ways”.

“She was not only one of the first justices of the Supreme Court and its first female justice, but today she becomes our first female president - indeed, the first female to head the UK’s highest court in any of its manifestations at any time”, he added.

“I have no doubt that Lady Hale will continue to make a very significant contribution to the jurisprudence of this court.”

The 72-year-old grew up in Yorkshire, attending a state grammar school in Richmond, before attending Cambridge University and teaching law at Manchester University.

She qualified as a barrister and practiced at the Manchester Bar, where she specialized in family and social welfare law and founded the Journal of Social Welfare and Family Law, becoming the first woman to be appointed to the Law Commission in 1984.

Five years later, Lady Hale became a High Court judge - the first to have made her career as an academic and public servant rather than a practicing barrister – and was the second woman ever promoted to the Court of Appeal and first female Law Lord.

She served as the first female Justice of the Supreme Court from its opening in 2009 and took up the post of deputy president four years later.

When her appointment as President was announced, Lady Hale said she planned to use the role to “develop closer links with each part of the United Kingdom, for example by sitting outside London, and improving the ways in which we communicate our work to the public”.

Most recently she was on the panel of justices who ruled in favor of John Walker, the gay ex-cavalry officer who won a landmark pensions ruling to secure his husband the same rights as a wife.

Figures released earlier this year showed that women and ethnic minorities remain severely under-represented in the judiciary, which has outlined efforts from the Judicial Appointments Commission, universities and professional bodies to improve diversity.

Women make up 28 per cent of court judges and 45 per cent of tribunal judges, while the proportion of BAME judges stands at just 7 per cent.

Although access to the ceremony itself was by invitation only, the Supreme Court remained open to the public for the first time in its history during proceedings, which were also live streamed online.