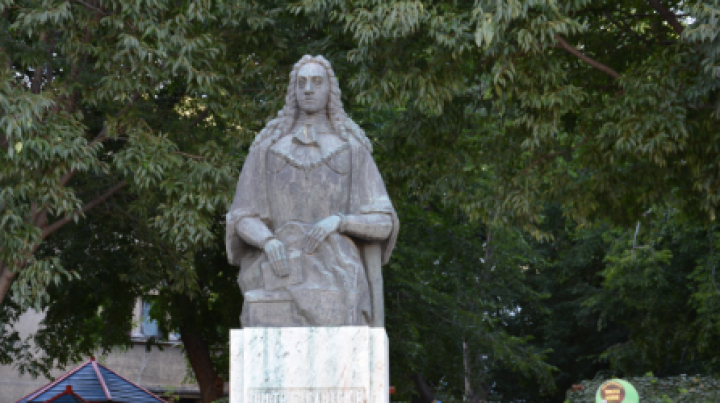 Historical event for Cantemir residents. On Independence Day, in the center of the city was opened the first monument of the ruler Dimitrie Cantemir. The sculpture, which has a height of over five meters, was offered as a gift by Vaslui County Council. Even though the city has the name of the ruler, until now did not exist any of his monuments.

The composition was done by the Romanian artist Vlad Ciobanu. The sculptor worked on the monument for two years.

Residents of Cantemir say that from now on, they will be even prouder of the nation’s heroes.

The opening of the sculpture marks the beginning of a cooperation agreement between the authorities of Cantemir district and Vaslui county.

The Romanian officials, presented at the event, have congratulated the Moldovan people with Independence Day.

The city of Cantemir was founded in 1973, 300 years from the birth of the ruler and scholar Dimitrie Cantemir.