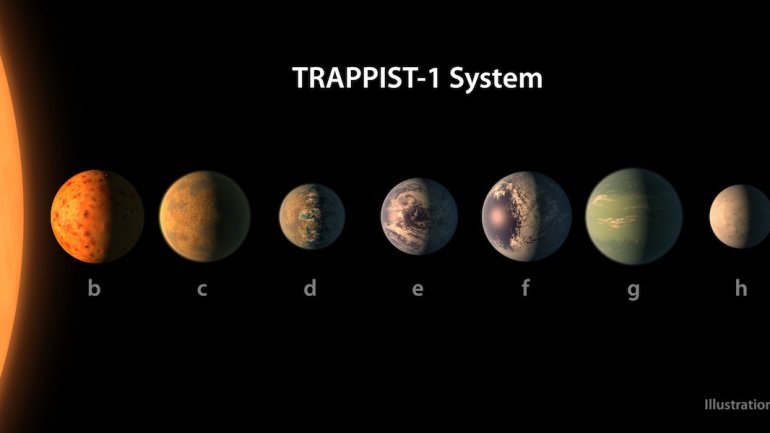 Astronomers have never seen anything like this before: Seven Earth-size alien worlds orbit the same tiny, dim star, and all of them may be capable of supporting life as we know it, a new study reports.

"Looking for life elsewhere, this system is probably our best bet as of today," study co-author Brice-Olivier Demory, a professor at the Center for Space and Habitability at the University of Bern in Switzerland, said in a statement.

The exoplanets circle the star TRAPPIST-1, which lies just 39 light-years from Earth — a mere stone's throw in the cosmic scheme of things. So speculation about the alien worlds' life-hosting potential should soon be informed by hard data, study team members said

TRAPPIST-1 is an ultracool dwarf star that's only slightly larger than the planet Jupiter and about 2,000 times dimmer than the sun.