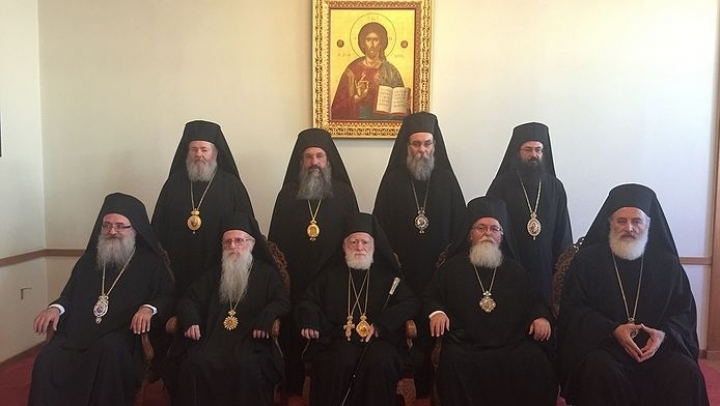 A historic gathering of Orthodox Churches has opened on the Greek island of Crete, despite the absence of four denominations including the Russians.

The Holy and Great Council had been billed as the first meeting of fellow Church leaders since 787 AD.

The Russians decided to stay away after the Churches of Antioch, Bulgaria and Georgia refused to take part after disputes about the meeting.

The council, which began on Sunday, has been 55 years in preparation. It will run until 27 June.

Fourteen Churches representing over 300 million faithful had been originally invited to the gathering.

Experts say the decision to stay away by the Russian Church, which represents some 100 million followers, highlights longstanding divisions among Orthodox Christians.

There is also a struggle for power between Russia and the Istanbul-based Ecumenical Patriarch of Constantinople, Bartholomew I, considered the spiritual head and "first among equals". He is the driving force behind the meeting.

The disagreements ranged from seating plans to efforts to reconcile with the Vatican, BBC reports.

Moscow also fears that Patriarch Bartholomew will give support to the Ukrainian branch of the Church, fuelling what one Russian state-owned newspaper has called "a simmering religious war".

Russian Patriarch Kirill said he considered the Crete gathering a preparatory session for a synod that will unite all the Churches "without exception."