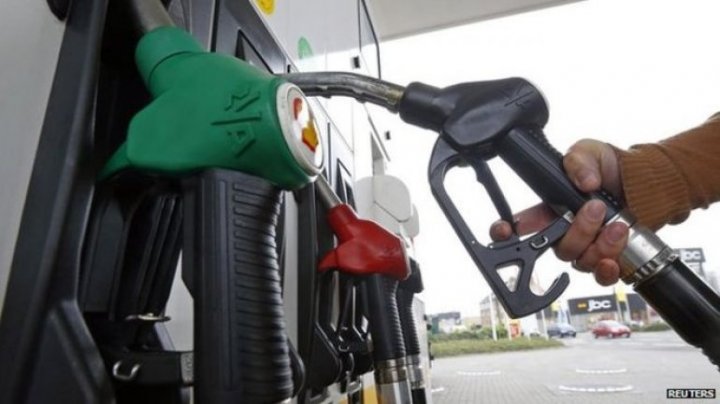 The average paid for a litre of petrol hit 128p last month, a price not seen since September 2014, while diesel reached 132.1p a litre.

Higher prices will be particularly painful for families planning to drive on their summer holidays, motoring groups said.

It said the annual rate of inflation held firm at 2.4 per cent in June as the price of motor fuels rose by 11.6 per cent – the biggest increase since September 2014

The rises have been blamed on the rising cost of oil and the poor pound-to-dollar exchange rates that affect the dollar-based wholesale oil trade. But fuel duty is currently levied at a flat rate of 57.95p per litre for petrol and diesel. Fuel duty has been frozen since 2011, but the Government is said to be looking at a possible increase to raise new funds for the NHS.

Luke Bosdet of the AA said: ‘Next week is the summer getaway and drivers are going to get hammered.

‘Prices are the highest for four years. It’s going to have an impact, not only on them, but also when they arrive on holiday and have less money to spend.’

Treasury minister Mel Stride said: ‘Inflation has fallen from its peak last year but we recognise the cost of living is still a challenge for some families. That is why we are freezing fuel duty, saving drivers £160 a year.’

House prices have risen by more than £13,000 since the Brexit referendum – defying warnings that a vote to leave the European Union would hammer the property market. The average home in the UK was worth a record £226,351 in May, according to the ONS.