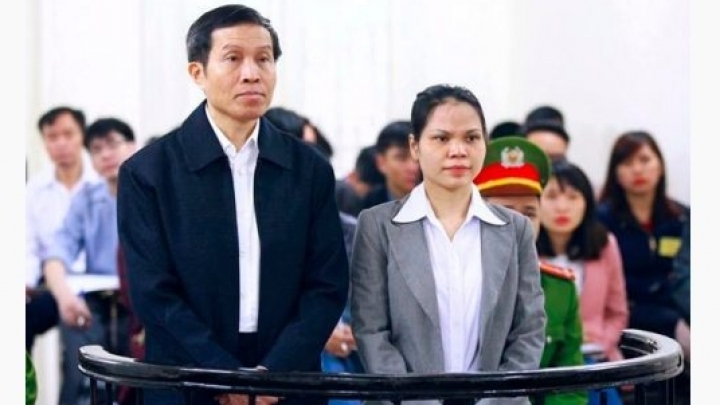 A well-known Vietnamese political blogger and his assistant lost their appeal on Thursday when a higher court upheld their jail terms and reaffirmed they had abused their freedom and hurt the state's interests.

The five-year term for blogger Nguyen Huu Vinh, 60, and the three-year term for Nguyen Thi Minh Thuy, 36, were handed down in March and human rights and press freedom advocates have called for their release.

The two were found guilty for "abusing the rights to freedom and democracy to infringe upon the interest of the state", the presiding judge said, adding that posts by Vinh and Thuy distorted the truth about Vietnamese leaders and the state.

"I am fully innocent," Vinh said in his last words in a calm but decisive voice prior to the verdict, speaking to a small group of onlookers, including his wife and son, in the court, roads to which were blocked by police.

The case has captured much interest, in part due to Vinh's long association with the state. He was once a policeman and private investigator and is the son of a late cabinet minister and former ambassador to the Soviet Union.