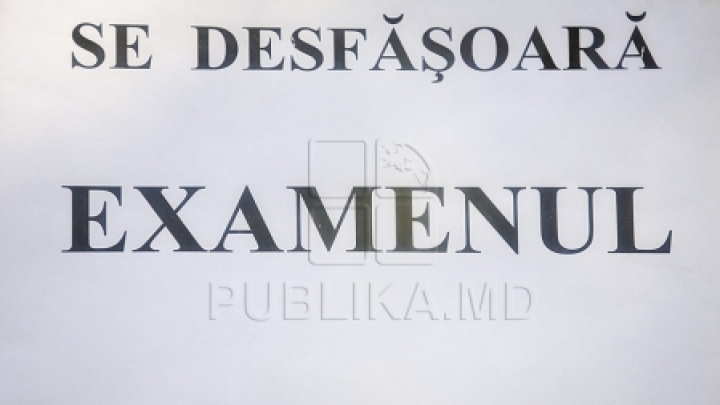 Thousands of 12 graders have passed the second high school exit exams today. They were testing the native language knowledge.

According to the director of the National Council for Curriculum and Assessment, Anatol Topală, today's exam has passed without any irregularities. The heads of 102 baccalaureate centers didn't report any major violations, which demonstrates a high degree of responsibility both from the candidates and the people involved in the organization of the exam.

Two students, however, didn't comply with the rules so they were disqualified.

Students who have been disqualified can't join the next tests nor the additional session. They will be able to pass the high school exit exams again next year. However, the marks taken at the tests prior disqualification won't be considered.

According to the Methodology for organizing and conducting the high school exist exams, the candidates are not allowed to have tables, textbooks, dictionaries, pencils, notes, calculators, cell phones, walkie-talkies, other electronic devices and other sources of information, regardless if these are used or not.

Also, the candidates are not allowed to help and be helped by other candidates and/or violate the high school exit exams in any form.

The foreign language exam is the next test, to be held on Friday, June 10.