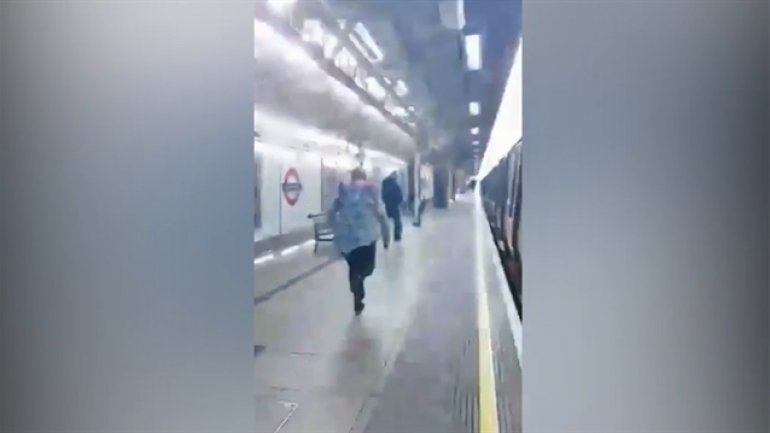 A heroic woman sprinted after a man who punched an Asian man in the face on the London Underground, Independent reports.

The amateur footage shows a bald male in a hooded black coat talking down to a young man before hitting him in the side of the face.

A loud thump can be heard when his head crashes back against the glass window and the assailant quickly sprints out of the London train and down the platform.

A female passenger can be seen chasing his tracks and screaming “call the copper”.

The video was uploaded to Twitter by Muslim Council assistant secretary general Miqdaad Versi at around 7pm on Tuesday.

A British Transport Police spokesman said a suspect had been arrested after the incident at Upton Park station in Newham, in east London, at around 3.40pm on Monday.

The spokesman said: "A 33-year-old man has been arrested on suspicion of assault occasioning ABH and using threatening, abusive words, behaviour or disorderly behaviour likely to cause harassment, alarm or distress. He has been bailed until 14 November.