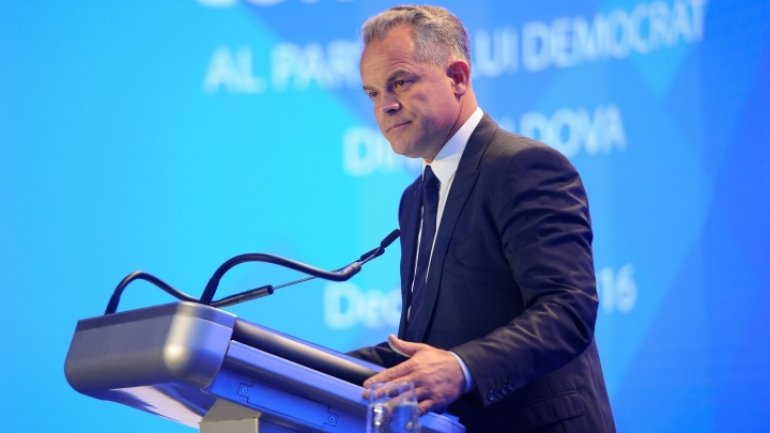 The President of the Democratic Party from Moldova (PDM), Vlad Plahotniuc, has launched a personal project for the development of this country.

"Here, at Home, in Moldova" is a concept having society’s prosperity as a goal, so that the citizens have good living conditions in the country and thus not having motives to go and work abroad, while the ones working in other countries may come home.

Vlad Plahotniuc has underlined, in his speech at the PDM’s recent convention, that this project should be similar to a state doctrine and all the Moldovan political parties may work at it.

The PDM president says any serious politician should have a vision of developing the state: "I believe our country’s vision could be defined based on citizens’ desire to have a country they and their children would want to live, learn, and work in without having to go and look for a penny and a job all over the world.

I insist on the idea that our vision should focus more on within the country rather than on the outside. It could be formulated as “Here, at Home, in Moldova.” It is a vision not only each citizen but even our state needs. I know from the stories of those who left they would have preferred to stay at home, in Moldova if they had had better living conditions and promise of a decent future here. Meanwhile, however, many have chosen to leave."

Vlad Plahotniuc is certain that one can persuade Moldovans to return home only by enhancing the citizens’ wellbeing: "I have decided to launch a campaign to promote a nation-wide vision, a vision which brings together grievances of all of us, regardless of ethnicity, age, ideological preferences, or social status.

Vlad Plahotniuc specifies that the things he personally does, and the government does through reforms in administration and education, in attracting investments and creating jobs, in sponsoring cultural and education activities, in supporting sports and anti-violence campaigns, he does for the country and for our future.