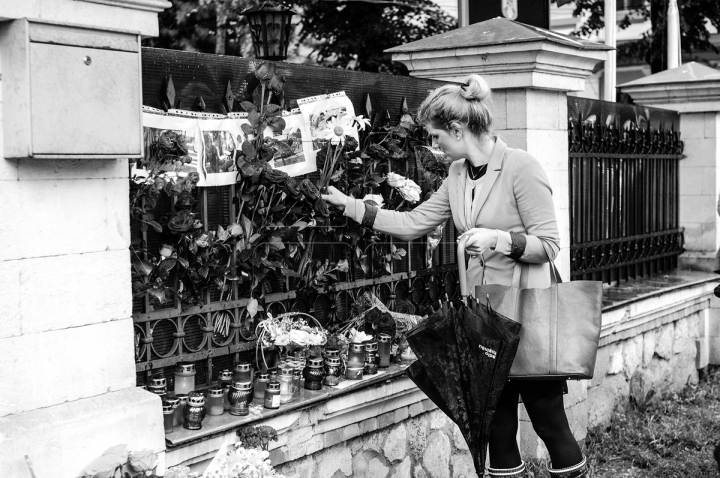 It's a mourning day in Moldova to commemorate the four victims of the air crash in the southern Moldovan district of Cantemir.

The state flags have been lowered to half-mast as a minute of silence was observed at noon.

The prosecutors from Moldova and Romania started two inquests into the accident.

A SMURD medical helicopter fell yesterday in Moldova’s south, as all the crew were killed.

Tens of people keep going to lay flowers and candles at Romania’s embassy to Chişinău.

Parliament speaker Andrian Candu has sent condolences to the victims’ relatives and has said the Chişinău authorities will search all the whereabouts of the aircraft accicent.

Premier Pavel Filip has also expressed his regret and has said money financial assistance will be granted to the crew’s families.

PUBLIKA.MD photographer Dan Guţu has taken the pictures from the gallery above, as PUBLIKA has changed its logo colors to black and white.