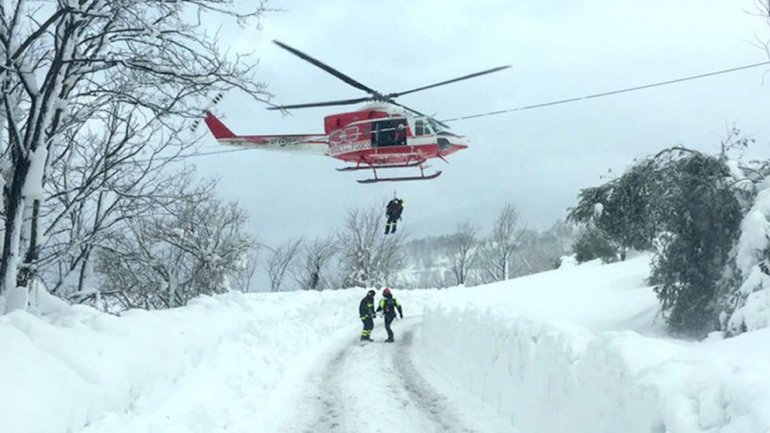 A rescue helicopter thought to be carrying six people has crashed in a mountainous area of central Italy, local news reports say.

The aircraft came down near the Campo Felice ski station after picking up an injured skier.

The reports said the rescue was not related to a recent avalanche in the same area.

A spokesperson for the civil protection agency said it was aware of a helicopter incident but had no details.

State broadcaster Rai said a rescue team had been flown in from the Penne operations headquarters, where the avalanche rescue is being coordinated, informs BBC.

"The area where it came down is hard to access at the best of times, and thick fog is making it even more difficult," a police spokesman said.

"Several teams are trying to get there."

The helicopter issued a crash signal and people nearby reported hearing a loud explosion, police said.

Campo Felice is a small skiing resort popular with day-trippers from Rome, which is 120 km to the west.