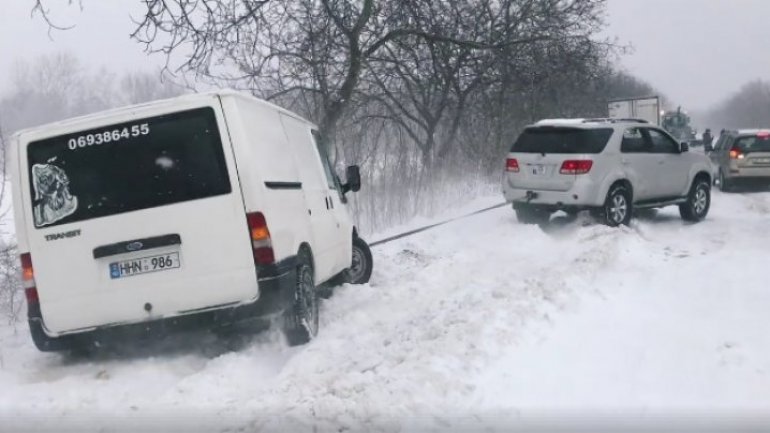 Dozens of cars have been stuck on streets because of heavy snowfall. Together with patrol inspectors and rescuers, several Moldovans with their cars helped other drivers get out of snow trap.

With cable connected two cars, they helped others out of being blocked.

Images of their kind actions were posted on social network.

We reminds that 65 road accidents occurred on the streets due to unfavorable weather. As a consequence, 11 people were injured.