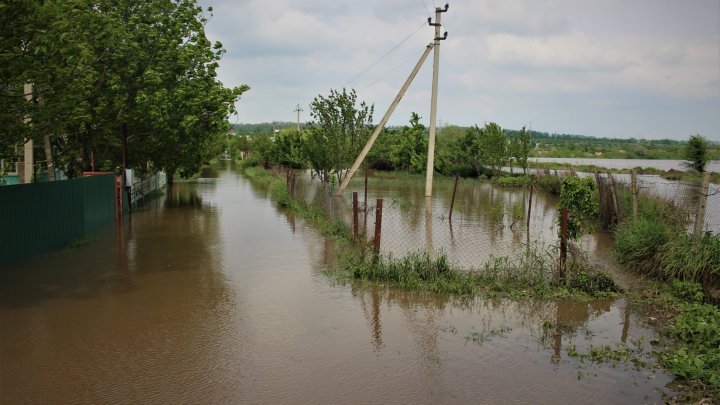 Yesterday's evening rainfalls troubled the rescuers and locals of many districts. In the Northern part of the country, in the Marculesti City from Floresti district, the Raut river's level increased so much that it brimmed his banks.

"There was nothing you could see here because of the white substance. You an see the level that the water reached. It was horrible. We had the impression that the flood is about to reach for us too".

"You can see what happened because of the rain. They started to clean the springs, but left them unfinished. Two more rainy days and we will drown".

"We are afraid of the coming flood dangers".

Because of the floods, the well water cannot be consumed.

"The Raut flood hit our wells, cellars. We moved our cellar up the hills, but the flood reached there too".

The Mayor of the municipality didn't answer the phone call to tell the following actions. Similar situation is in Lalova village from Rezina district., where more households and roads were flooded.

Because of the heavy rainfall, a lorry and a bus got into a ditch in Slobozia Mare, Cahul district.

"Here is Slobozia Mare, we cannot pass through".

In Cismichioi village from Comrat district it rained with hail.

The hidrologic advertisement about the increasing water level in Nistru is valid until May 30.