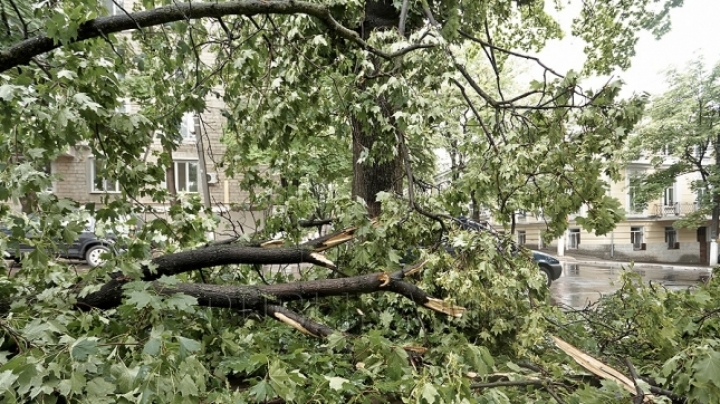 74-year-old Cristofor Tarlapan was painting his well, as a 20-meter poplar crashed his house. The man says the poplar was 75 years old: ''The tree fell over my fence, court and house, ruining a half of the house.”

The man plans to ask the authorities for damages: “I will go to the city hall and the Parks managing company. If they reject my application, I’m going to sue them.”

Another man aged 68 and living in Chisinau’s Râşcani sector had his fence and vineyard destroyed, after a tree fell over them.

Nobody got injured after the incidents. The Parks managing company is to assess the damages.