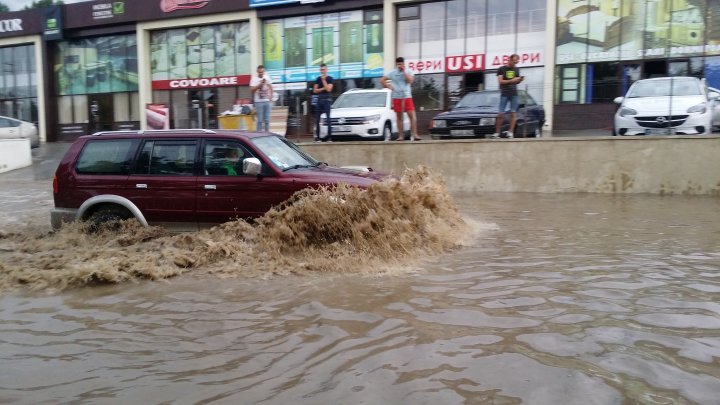 The rain this afternoon paralyzed the capital again. Dozens of streets have been flooded, many cars have been blocked in traffic. Public transport is no longer in the area.

On the Uzinelor Street the water reached about one meter high. Also in this area, water blocked entry into a foodstore, and people were forced to swim through garbage.

PUBLIKA.MD reminds that meteorologists have issued for the next two days the yellow warning of heavy rainfall with lightning. The warning has come into force today.

Experts warn that rains will sometimes be accompanied by hail and the wind will have a speed of more than 70 kilometers per hour.