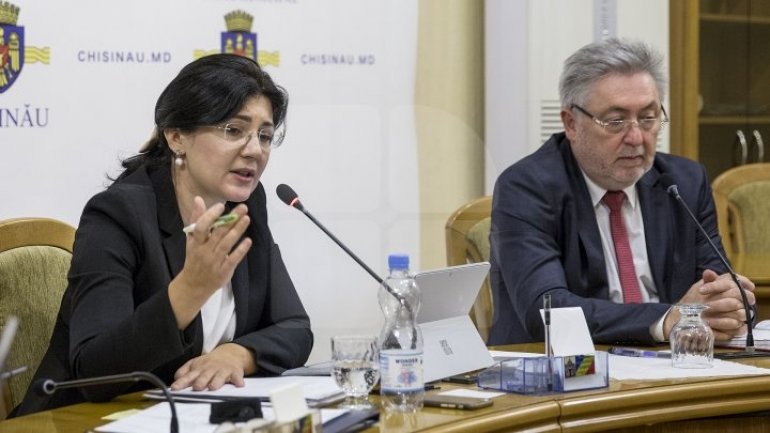 Silvia Radu blamed the Head of Transport and Communication Directorate for irresponsible road work. He managed to build only three kilometers in almost a year.

Oleg Poita replied this came from the fund issue. Even if the total budget of the department for 2017 is over 60 million lei.

The discussion betwen Silvia Radu and Oleg Poita became heated when the Head of Transport Directorate began to present the action plan to streamline traffic in the capital. The interim Mayor said that plan was not realistic and efficient.

"I don't want it to be written stories we only can see on the screen. We want more concrete plan - the cost, the cheaper variant," said Silvia Radu.

It was even more intense when Leader of Transport Directorate was asked what had been done this year:

"How many km have you repaired this year so far?"

"We only managed to repair the Petricani street. We ran out of money."

Thus, the municipality has built only three kilometers of road since the beginning of the year, from total length of 672 km. Oleg Poita said they had too little money in the budget.

However, when asked about budget direction for 2017:

- How much should be in the budget for your direction?

- Mr. Poita, do you know how much the budget was?

- I have no budget annex now, but only 61 million was contracted for repairing roads"

- You had almost three million EUR for maintenance of the roads and you built only 3 km? Now the whole city are complaining the low quality of the roads", said the interim mayor of Chisinau.

Last week, Silvia Poita complained about the traffic jams in the capital. If the Transport Department fails to streamline traffic, the interim Mayor will demand the resignation of the administration, according to Silvia Radu.