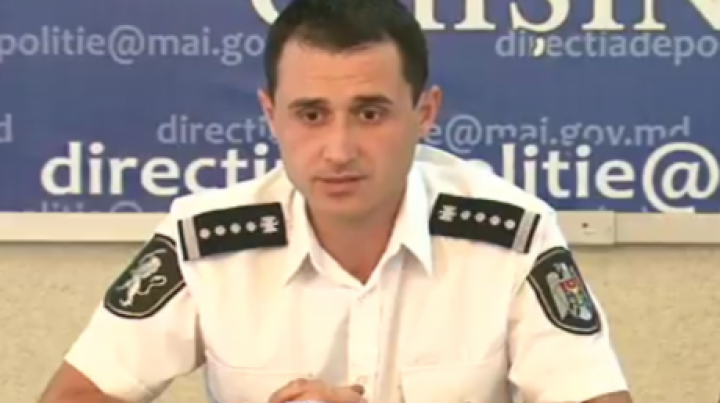 The gunmen who had shot dead a 30-year-old young man were detained.

According to the head of press service and public relations department of Police of Chisinau, Adrian Jovmir, there are four suspects including a girl, of 20 to 24-year-old. Two of them are in the Odessa region. They have come to Chisinau to celebrate the National Wine Day.

All persons were detained. The hearing in the criminal case instituted for premeditated murder was initiated and statements on the case will be submitted.

"The police was informed at around 2:00 a.m at night, the incident happened around 13:30, near a cafe in Center Chisinau. According to preliminary information and according to witnesses who have been identified by police, the conflict arose between the victim and the abuser. The abuser called for help friends who have been drinking alcohol and hence have started the clashes, exchange of harsh words and eventually the victim was shot from a gun that he owned legally " , said press officer in Chisinau, Adrian Jovmir.

According to Adrian Jovmir, the tragic incident could be prevented.

"It is unfortunate that none of those present during the start of the incident, namely when there arose conflict did not dared to call the police, the specialized service 902, because in this case the police could promptly prevent this tragic incident, and ultimately the person who has died would have been saved by cops. Mostly, to settle the conflict and escorted the violent persons to the police and document them by law" , added the press officer, DP Chisinau, Adrian Jovmir.

Two versions were submitted in this case:

"One saying that the man was shot by one of the four aggressors and second - would shot himself accidentally. Following the investigations and examination of these versions, while we await the outcome of ballistics, to determine in which directionS those shootings were carried out, after which the 30-year-old man died" , added the press officer, DP Chisinau, Adrian Jovmir.

According to the Press Service of the Capital Police, the perpetrators intended to hide traces of the crime. One of them even tried to leave the Moldovan territory immediately after the incident.

"Police managed to track the gun ussed to make those three shots, because one of them hid it on the roof of a block of flats in the capital. The gun was found, will be sent to forensic experts ", said the press officer, DP Chisinau, Adrian Jovmir.