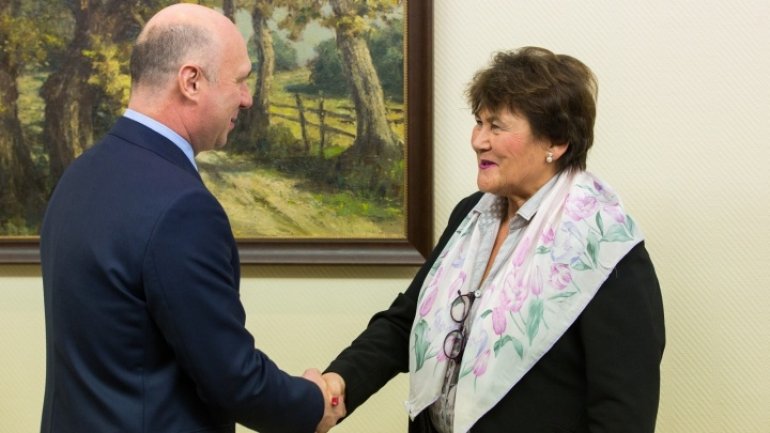 The reforms in the public healthcare sector have been discussed by Moldovan Prime Minister Pavel Filip with the regional director of the World Health Organization (WHO), Zsuzsanna Jakab.

Pavel Filip has thanked the WHO for helping Moldova to draft strategic documents to modernize the sector and to harmonize the legislation regulating the pharmaceutic sector to the European standards.

"The healthcare is a priority for the Government. I personally get much involved in reforming the sector, in bettering the medical services and in offering low prices on medications," he said.

Zsuzsanna Jakab has praised Moldova’s success in immunizing the population, in lowering maternal and infantile death rate, in fighting smoking, underlining Moldova may serve as an example for other countries.

"Moldova is a small country and can more easily face challenges. You may count on the WHO’s support in insuring a sustainable development of the health sector and in implementing the reforms necessary to guarantee the healthcare’s viability and quality," she said.

The officials have also discussed about carrying out programs on preventing diseases, alcoholism and obesity.