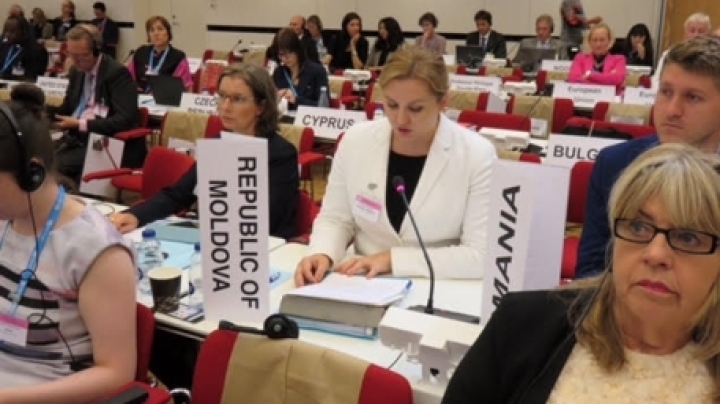 Ruxanda Glavan will participate in at an international meeting in Copenhagen, Denmark, where the medicines and their prices in EU countries will be discussed, but also from our country. Discussions will take place within the framework of the 66th session of the Standing Committee of the Regional Committee of the World Health Organization for Europe, held in the capital of Denmark.

Ruxandra Glăvan Minister said: "Together with counterparts from other states and international experts we have identified policies that should be adopted in respect of price transparency of pharmaceuticals and addicted to the exclusion of intermediaries. It is imperative to involve the authorities at the step of providing pharmaceutical market development including State pharmacies social levers respectively and facilitating citizens' access to them."

"Moldova's example is not unique. Most countries with low GDP and population numbers are constrained by the interests of the pharmaceutical industry. "

The problem of high drug prices will be approached given that many manufacturers are withdrawing from the market in certain countries, jeopardizing the population's access to medicines. Ruxanda Glavan will have talks with leading international experts on this issue which is topical for many countries.

Also other important topics will be addressed at the meeting. Among them the implementation development and action plan on noncommunicable disease prevention and control in the WHO European Region, progress on implementing medium-term Health Strategy 2020 reproductive health. At the same time, we will talk about the need to strengthen health systems centered person in the WHO European Region and the actions of integrated health service delivery.