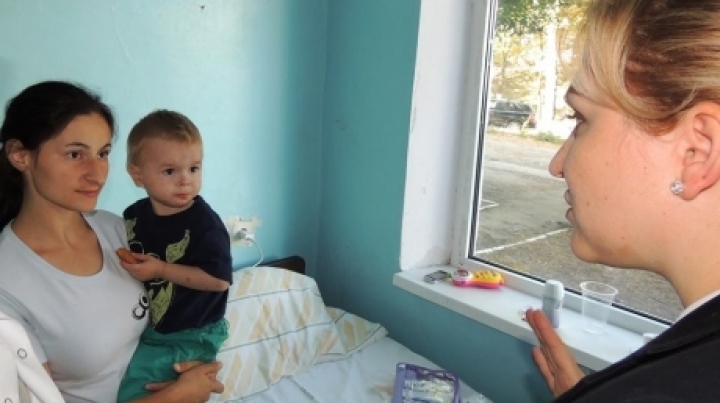 In a post on a social network, Ruxandra Glavan announced that "after his latest surgery, Marius and his mother has been admitted at the Institute of Mother and Child, under pediatricians' monitoring. Then he will be transferred to Mother and Child Centre in Cahul town. We have ensured a social worker that will dedicate his time to this event, will take care of the baby and will help his mother develop parenting skills. I also ordered a pediatrician to the Cahul district Hospital to weekly monitor the health of the child".

The minister said she had "an open discussion with the child's mother, who ensured to have a more responsible attitude towards the health and future of her son". Marius' nightmare began on August 13, 2015, when, in a moment of inattention he drank concentrated cistotel. The substance burned the child's esophagus until he got to the hospital.

Since then, the child has undergone multiple surgeries in Turkey to restore his esophagus.

Because of health problems and his mother's indifference the baby reached the weight of eight kilos at 3-year-old.