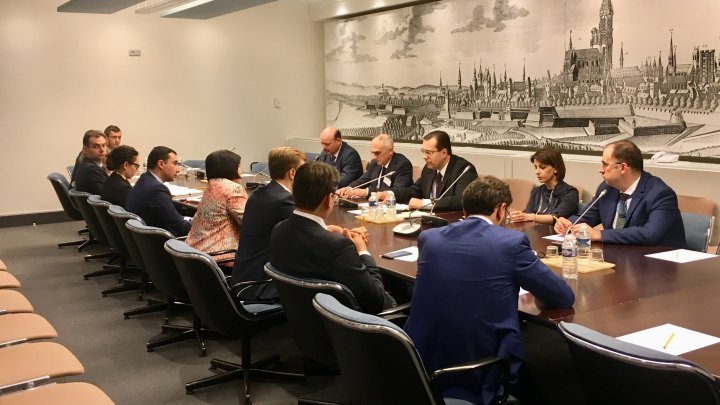 Heads of PACE delegations from the four GUAM member countries gathered at a meeting dedicated to the 20th anniversary of the organization. GUAM Secretary General Altai Efendiev also attended the event on Thursday in Strasbourg during the PACE summer session.

Marian Lupu, chairman of the Parliamentary Delegation of Moldova to PACE, moderated the meeting as the representative of the Moldovan Chairmanship-in-Office at the Organization for Democracy and Economic Development - GUAM.

An exchange of views took place between the four delegation leaders and the Secretary-General of GUAM.

It has been decided by common agreement to set new objectives to promote the common interests of GUAM member states through the platform offered by PACE.

The Organization for Democracy and Economic Development – GUAM is an international (interstate) regional organization established by the Republic of Azerbaijan, Georgia, the Republic of Moldova, and Ukraine at the Kyiv Summit of GUAM on 23 May 2006. It aims to develop cooperation to strengthen common stability and security in the European area.