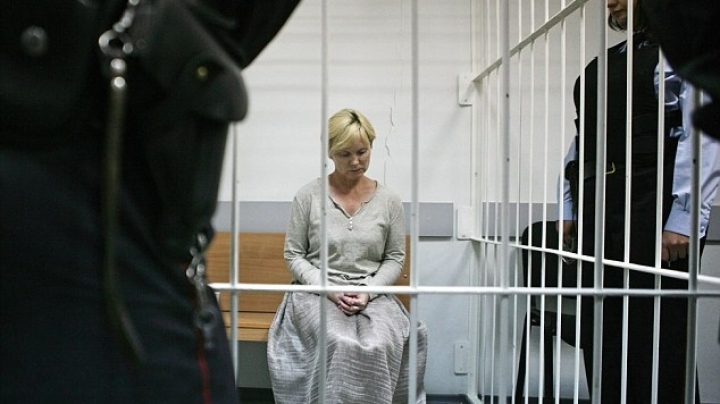 The head of a Russian children's holiday camp has appeared in court after 13 children drowned in a freezing lake at her resort, reports Daily Mail.

Rescuers are continuing the search to discover the fate of the missing 14th teenager after the young children, as well as an adult instructor, died in the summer camp boat disaster in the Karelia region.

Yelena Reshetova, the director of the Park Hotel in Syamozero, will remain in custody so she does not tamper with evidence or influence witness statements, ruled the judge at the Petrozavodsk City Court.

Three boats carrying 47 children overturned in a storm on June 18, and some of the teenagers were unable to swim to shore due to the high waves.

Many then perished from hypothermia after the decision was made by unqualified staff to ignore the weather warnings.

In a hearing closed to the public Ms Reshetova was resolved to remain behind bars until August 19, despite having three dependent children including one with a disability.

It was suggested the director could influence witness statements from the resort's employees, instructors and tutors, and suggested she could conceal evidence in the case.

Investigators are still looking into the circumstances surrounding the deaths, including whether the safety requirements were met and whether staff were negligent.

A government spokesman told how the children were being taught by unqualified teenagers in the popular tourist spot.

During the catastrophe a 12 year old orphan survived the mass drowning by clinging to her twin brother for four hours in freezing water before being knocked unconscious and swept to shore where she raised the alarm.

Yulia Korol was on board one of the boats that capsized on Lake Syamozero, in northern Russia's Karelia region, and escaped while 14 others died.

Most of the youngsters perished from hypothermia as the decision to ignore storm warnings was blasted by a local tourist boss as 'suicidal'.

There were only four instructors looking after the 47 children sent out to sail - some were believed to be without lifejackets.

When the storm hit, Yulia's boat flipped over and she found herself in the water, clinging on to her brother Dmitry.

For four hours they held onto each other until they were torn apart by a large wave. Yulia blacked out and the next thing she knew was that she had been washed up on land.

Not knowing if her brother was dead or alive, she discovered the body of another teenager lying on the shore and tried - but failed - to save him.

Yulia staggered along the edge of the lake and discovered yet another injured boy, covered in blood and unable to walk.

It was then she decided to go and seek help and walked for four hours with only socks on her feet before reaching the village of Kudama.

As she walked Yulia, from Moscow, had to cross a fast flowing river, where she fell in and again had to swim to safety.

'Obviously, she was in a state of shock, she was trembling,' he said.

She told him: 'I am Yulia. Lots of children are dead, we were in boats. One dead boy is at the bank. I tried to resuscitate him but he was dead. A second one is alive but he can't walk and is covered in blood.'

Mr Zyamov called the rescue service: 'She told me and my wife that she was holding hands with her brother until the last moment when waves separated them. Policemen took Yulia away to the local tourist base.'

There she was reunited with Dmitry who had made it safely to shore.

Galina Goncharova, Yulia's grandmother and guardian, said two of the sailing boats were linked and one dragged the other down when it overturned.

A woman called Galina, one of the first to see the brave girl after her four hour trek, said: 'We are calling Yulia a heroine. She was walking for 4 hours in her socks only before she got help. In the water she was holding the hands of her twin brother but lost him. She did not have a life jacket. She said there was a moment when all her strength left her and she sank to the bottom; then she remembered to pray. She said she felt as if some unknown forces pulled her up and then to the shore.'

Gallina said Yulia had been very calm and composed when she finally found help.

Galina described how she and her friends from the village ran to the shore when they found a group of children, still linked together.

In the water the youngsters had held hands and were thrown towards the shore at the same time. Some of the children in the group were already dead.

As the bodies of the victims were flown back to Moscow, Vladimir Putin's ombudsman for children Pavel Astakhov revealed that the children had been left in the charge of teenage 'instructors'.

They were students from Petrozavodsk Pedagogical College and were on teaching practice at the camp, he said.

There were only four instructors for 47 children, he claimed.

He also claimed that the camp in the popular Karelia tourist area was overcrowded.

Yet 'none of the managers were in the camp' at the time the tragedy was unfolding.

Putin has instructed the Investigative Committee to find out what happened in Karelia, who was responsible and help the victims and their relatives.

Vladimir Kucherenko, the director of a local tourist company, said most of the children had died from hypothermia as the water temperature was between 8C and 10C.

He also said that strong winds might have driven boats across the lake, making it hard for the children to get to the shore.