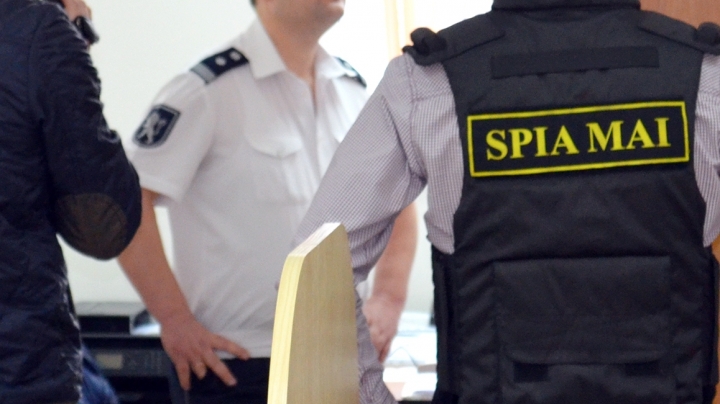 The head of Cadaster Service, at the same time secretary of Special Committee for the search of materials and requests if victims of political repressions by Rascani District Council, was detained by the officers of Internal Protection and Anti-corruption Service of Minister of Internal Affairs and the prosecutors of North office of Anti-corruption Prosecutor’s Office being suspected for corruption.

The actions called as illegal of the suspect were expressed through the taking from many residents of Rascani district, victims of political repressions, financial means in huge proportions, in order to favor the receiving and paying money compensations, and also to leave the approved compensations in the same amount.

Thus, being conducted the special investigation means, it was established that the suspect, while using the job situation, was pretending and taking from each victim amount varying between 30 and 50% from the total amount supposed to be given to the person.

As a result, she should have taken and pocketing in a fraudulent way approximately 42% from the total amount of 581,767 lei, given by the Ministry of Finance to Rascani District Council, in order to pay the compensations to persons supposed to political repressions.

While giving various money amounts under the control of SPIA officers, the suspect was caught red-handed, and her office was searched. Afterwards, she was detained for a period of 72 hours and placed in jail.

On this case was opened a penal case based on article 324, par.3 letter b of the Penal Code of Moldova (passive corruption), which foresees a punishment of up to 15 years in jail and a fine of up to 10,000 conventional units and the privation of the right to have specific public positions and to conduct a specific activity for a period of 7 to 10 years.

The penal investigation is led by Anti-Corruption Prosecutor’s Office.

Also, as a result of the conducted investigation, were identified other persons, victims of political repressions who suffered from the illegal actions of the suspect, afterwards being heard in the framework of the penal investigation.

From this point of view, in order to establish all circumstances of the case, to identify other potential victims who suffered from the illegal actions of the suspect, to collect the relevant evidence and to finish the penal investigation of this case, Internal Protection and Anti-corruption Service of Minister of Internal Affairs requests from all persons who identify themselves in the abovementioned to make a written complaint to the Corruption Combating Department of SPIA of MIA from Chisinau, 83 Vasile Alecsandri street, or to call the number (022) 26 11 12.