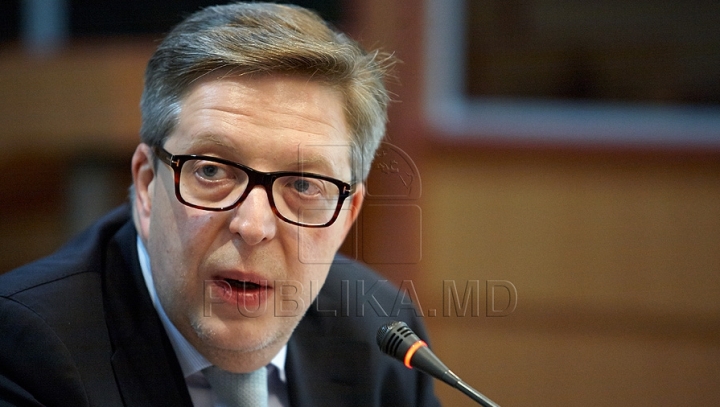 The head of the EU delegation to Moldova, Pirkka Tapiola, has congratulated the Chișinău authorities for reaching an agreement with the International Monetary Fund.

"Congratulations to the Moldovan authorities for having reached a staff-level agreement with the IMF! And to the IMF Team for a stellar job! This is an important step.

Now important work starts in Chisinau on prior-actions, with a view to approval of the agreement at the IMF Board, which -- according to the IMF press-release -- is expected in the autumn, when the prior actions have been successfully concluded," Tapiola has posted on his Facebook page.

PUBLIKA.MD reminder: An IMF mission was in Moldova in July 5-15 and reached an agreement with the Government to conclude a new cooperation program.

The IMF three-year arrangement provides for a loan of $179 million. The decision is yet to be endorsed by the IMF board in October.