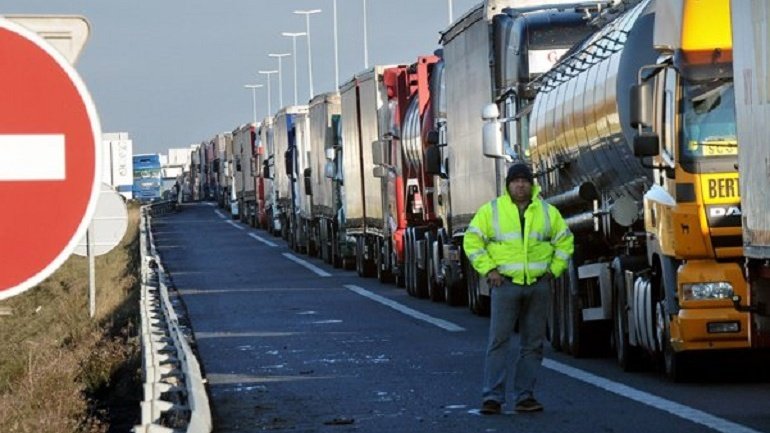 Huge queues at Leuşeni-Albita border crossing point. Starting on December 19th and throughout the night, hundreds of trucks were standing in line to leave the country.

Drivers say that the check process is more difficult at the Romanian part. The Head of the Customs Service, Vitalie Vrabie has traveled this night spot to monitor the situation.

The leadership of the Moldovan Customs recently supplemented the number of employees in order to reduce the waiting line. Since their Romanian colleagues had fewer inspectors, the trucks were checked harder.

"Around 20 customs officers ar at work today, while the Romanian side has around 9-10. This is what generates the queues" , said Vitalie Vrabie.

The Romanian customs officers say drivers and reasons for these delays by failing to have the required number of employees who could face faster verification process of the transport units.

As between the two customs there was no room for trucks, huge queues formed at the Leuseni border crossing point.

Customs officials said the situation has been solved in the morning and around 30 trucks were at the customs.
AFLĂ imediat Știrile Publika.MD. Intră pe Telegram