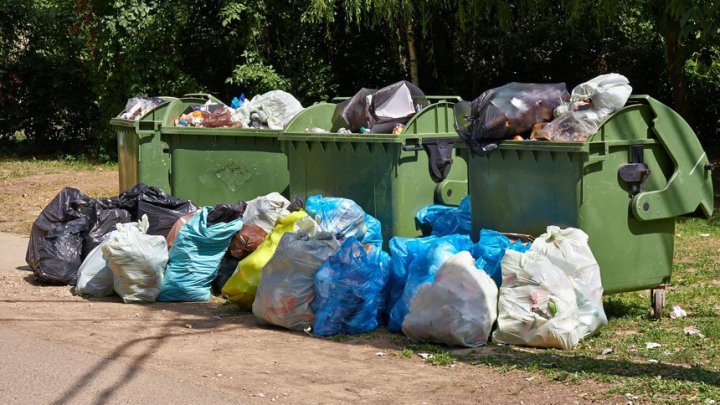 The people of Nimoreni village, Ialoveni district, are living with smoke, waste and odors after a company opened a plum processing plant in 2001.

A thick black smoke covered the sky in the locality, and the water of the Işnovăţ river, which passes through the village, is polluted. The factory owner denies the allegations and says he is currently seeking solutions with local authorities.

Local people say that the smell has become unbearable and toxic.

"The smoke is billowing especially when it's foggy".

"The smell is very bad, mostly in summer. It is really a big danger, but no measures are being taken. We also addressed the City Hall in vain."

Others, however, say that neither the dense smoke nor the activity of the plant bothers them.

"We don't mind, the pipe where the smoke comes out is high and doesn't come towards us, the smoke goes to the stadium, other houses, we don't really bother."

The mayor of Nimoreni, Andrei Covali, admits that the locals have filed several complaints and says that there are solutions.

"We have received complaints from citizens, only verbally. Several solutions have been proposed: to raise the pipte or deal with the wastewater", said mayor of Nimoreni village, Ialoveni.

On the other hand, the economic agent says that the inhabitants exaggerate.

"We do our best to minimize the amount of smoke, we always bring specialists to give us advice on how to proceed, including the burning process, to have as little smoke as possible", Said DUMITRU VICOL, the owner of the factory.

In this case, the Inspection for Environmental Protection from Ialoveni was also notified.

"The Ialoveni Environmental Protection Inspectorate received a collective complaint from the village of Nimoreni regarding the inconveniences created by an economic agent. The control will be carried out in strict accordance with law 131 on entrepreneurial activity, it will be an unexpected control," said ION CALINIUC
interim head of the Ialoveni Environmental Protection Inspectorate.