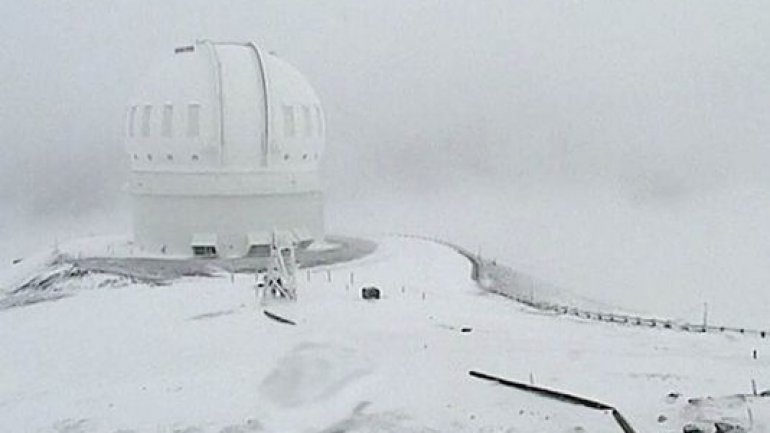 Sky season is underway in Hawaii.

The island’s two highest peaks — Mauna Kea and Mauna Loa — are getting hit with a cold, wet storm that has dumped about 2 feet of snow, and an additional foot of snow is possible when another storm hits the islands later this weekend, according to latimes.com.

National Weather Service Meteorologist Matt Foster said snow isn’t unusual for the two mountains, whose altitudes are about 14,000 feet — close to the average in the Rocky Mountains. He noted that the name Mauna Kea means “white mountain,” and said the peak can get snow five or six times in winter.

But 2 or 3 feet in a few short days is “at the higher end of what we’d typically get up there,” Foster said. There have been winters where the two mountains got little to no snow, including last year.

The unpaved access road to leading to Mauna Kea is closed because of snow and fog, so skiers and snowboarders can’t take advantage of the frozen bounty yet. On Saturday afternoon it was drizzling, and the National Weather Service canceled a winter storm warning.

A winter storm watch is still in effect for the peaks, and that will keep the access road closed possibly through Monday.