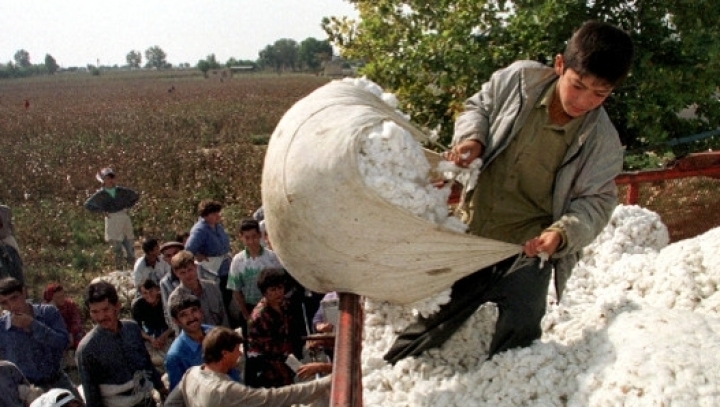 Some Muslim clerics in Uzbekistan's mosques have called participation in the country's cotton harvest an "obligation of Uzbek Muslims."

At last Friday's prayers in some mosques in Uzbekistan, the imams called on Muslims to pray for "a great cotton harvest" and urged them to take part in cotton picking, saying it is their "vijab-amal," or religious obligation.

A cleric in Tashkent's Khazrati Ali Mosque told RFE/RL that imams had received an instruction from the state-controlled Spiritual Directorate of Muslims "to explain" to believers about the "importance" of cotton to the nation and "the need to contribute to the country's needs."

For years, Uzbekistan has been criticized for forcing citizens, including children, to pick cotton.

A report released in May by the Australia-based Walk Free Foundation ranked Uzbekistan, which uses one of the world’s largest state-sponsored systems of forced labor to harvest cotton, as the world's second worst country, after North Korea, in terms of the prevalence of slavery in proportion to the population.