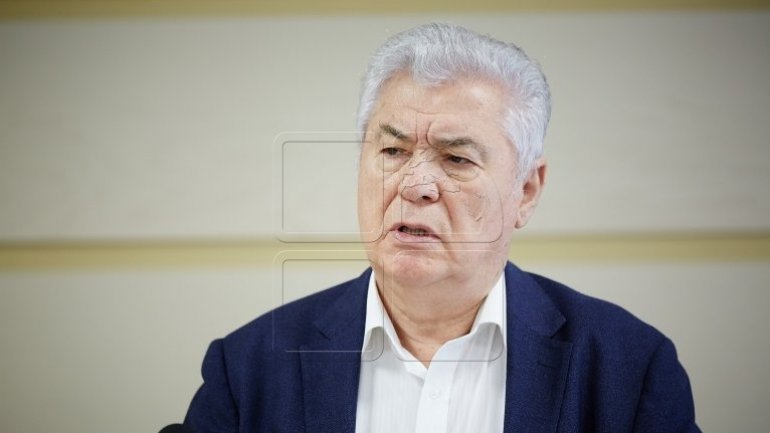 The breakup of the Soviet Union 25 years ago, has generated heated discussions between Vladimir Voronin and Mihai Ghimpu.

At today's plenary meeting, Voronin has condemned the signing of the act which led to the dissolution of the USSR. Ghimpu replied that if this would have not happened, Voronin would never have become Moldovan president.

"Today is the 25th anniversary of that tragic day when three criminals have signed the harassment, which was dismantled after the greatest country in the centuries created mankind, the Soviet Union" ,  said the Communist MP, Vladimir Voronin.

"Don't cry Mr. Voronin. If they would have not done it, you would have never become the country's president.  Happy birthday, Mr. Voronin " , said the leader of the Liberal Party, Mihai Ghimpu.

"If the Soviet Union would have been our country, such people like Ghimpu, Chirtoaca and else would have never gotten anywhere" , added Vladimir Voronin.

On December 8th, 1991 the leaders of Belarus, Russia and Ukraine signed the Act which declared the dissolution of the Soviet Union and the establishment of CIS.

The experts of the Center Lithuanian Studies of Politics said that in 25 years of existence, the CIS has proved to be a fail project, cause it failed to become an organization to compete with the European Union.