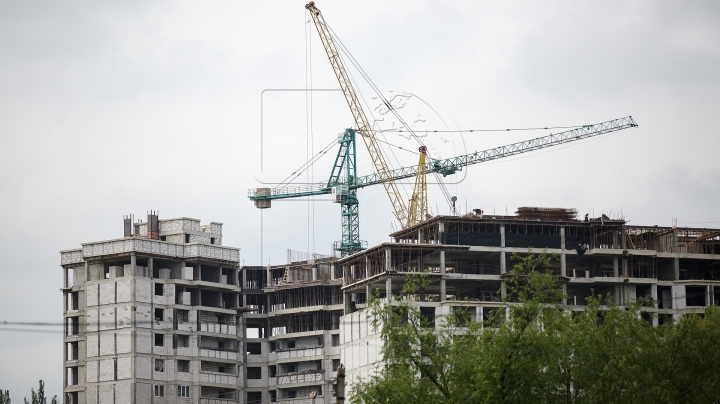 The construction companies will have to use only steel concrete piles for the consolidation of the buildings’ foundation. The decision was taken by the representatives of the City Hall, who will ask from the central authorities to change the legislation in this regard.

The measures were taken after the accident on Wednesday evening, where the stairs of a commercial bank and a pavement nearby fell in a pit in a construction site from the Rascani sector.

When asked by Publika TV, the representatives from the Construction State Inspection have declared that evenon the third day after the incident, the company responsible for construction works on Moscovei avenue was not found yet. Meanwhile, almost 40 workers try to consolidate the bank. The company representatives have declined to talk to the media.

The representatives of the bank, that has suspended its activity, have hired a construction company in order to repair works on the space affected by the landslide. The workers say that the construction works will be finished in a few days.

The incident on Wednesday evening in the Rascani sector might happen on other construction sites. The construction works in Botanica have led to a pit, and the road leading to a building might slide.

The people living in the area say that the road started to slide when the foundation of the building was dug. People are afraid to pass near the site in the nighttime because there is a danger of landslide.

The site engineer, Oleg Siscovschi, denies all accusations. He says that during the road will be repaired in two weeks.

The deputy county chief of Botanica, Boris Prepelita gives assurance that the company has all necessary authorizations for construction works.