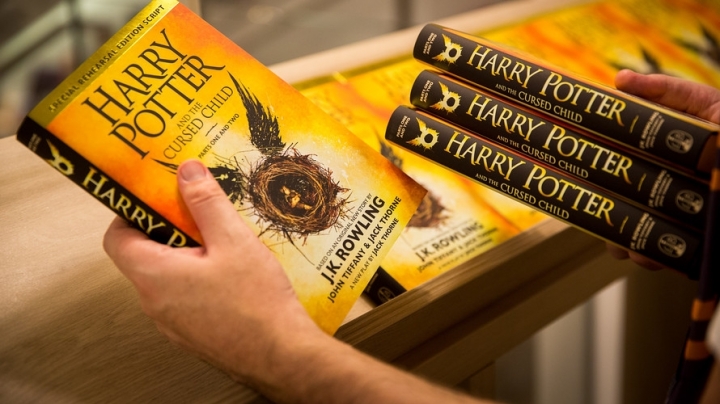 Harry Potter still has the magic.

“Harry Potter and the Cursed Child,” the script book for J.K. Rowling’s new play, sold more than 2 million print copies in its first 48 hours in the U.S. and Canada, according to Scholastic. It’s a strong showing, particularly for a play, though it falls far short of the record-breaking sales of the final novel in the original series, “Harry Potter and the Deathly Hallows,” which in 2007 sold 8.3 million copies in the U.S. in its first 24 hours.

“Eager fans of all ages gathered at midnight parties in bookstores and libraries to get their copies,” Ellie Berger, president of trade books for Scholastic SCHL, -0.90% said in a statement. “It’s an incredible start and all the signs are indicating continued strong sales.”

The “Cursed Child” script was written by Jack Thorne, based on a story by Rowling, John Tiffany and Thorne. The play opened in London on Saturday, and is sold out through May.

Pottermore hasn’t released sales numbers. Amazon AMZN, -0.78% said the book was its most preordered title in print and e-book since the 2007 release of “Deathly Hallows.” “Cursed Child” remained No. 1 on Amazon Wednesday, reports marketwatch.com .